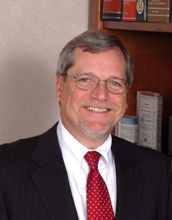 Larry is head of the firm's Maritime and Transportation Finance Group, a cross section of attorneys within the firm from the Corporate Finance, Corporate Securities, Litigation and Tax departments with expertise on matters of interest to clients in the transportation industry and is a member of the firm's Business Transactions Group.  In such capacity, Larry has worked on matters ranging from the formation of joint ventures, asset finance transactions, secured and unsecured lending, registered and unregistered securities transactions, mergers and acquisitions and cross border leases to restructurings and bankruptcy.  In addition to representing clients in the transportation and financial services industries, Larry's practice has included considerable experience in equipment finance and in the energy and mining fields.

Larry is a member of the Association of the Bar of the City of New York, the American Bar Association (the Air and Space Law Forum, Business Law Section, International Law and Practice Section) and the Maritime Law Association of the United States (Maritime Finance Committee).

Larry has been cited in Euromoney's "Best of the Best", Chambers USA and Chambers Global, and The Best Lawyers in America, and Who's Who Legal 2009: Shipping and Maritime.  Larry has also been recognized by Best Lawyers in the practice of Admiralty & Maritime Law in years 2006 - 2015, inclusive. Most recently, Larry was named one of the top 10 lawyers in Lloyd's List One Hundred 2014 - The Most Influential People in the Shipping Industry. In 2012 and 2013, Larry was the only United States based lawyer included on that list and remains the top ranked United States based lawyer on the list.

Larry has been featured on CNN and appeared on both the Fox News and Fox Business networks as an authority on the impact on the shipping business of piracy off the coast of Somalia.