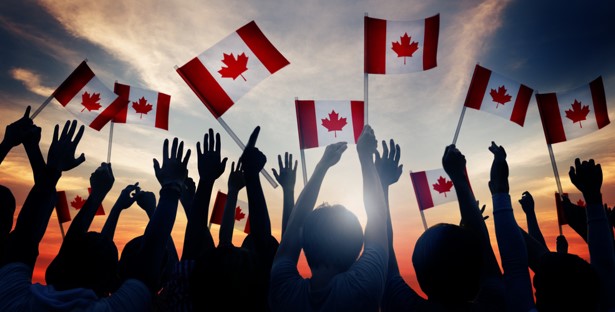 A Guide to Canada and the Businesses We Adore

O Canada! We love your multiculturalism, your gorgeous scenery and your friendly people. We also have a lot of respect for your businesses, some of which we probably didn’t realize were based in your lovely country.

From makeup and security camera systems to steak houses and more, Canada has plenty of well-known companies that call the country home.

MAC Cosmetics got its start in Toronto. As it notes on the company’s website, makeup artist and photographer Frank Toskan and salon owner Frank Angelo were frustrated by the lack of makeup that photographed well, so they decided to make their own. At first, the Franks manufactured their cosmetics in their kitchen and sold them from their salon to models, photographers and fellow makeup artists. As demand for their homemade cosmetics grew, the pair launched MAC in March of 1984 in a Toronto department store. MAC is now one of the largest makeup companies in the entire world; although it is now owned by Estee Lauder and based in New York, its roots are completely Canadian.

If you have a home security camera system from Lorex Technology, you are supporting a Canadian-based business. The company, which has head offices in Markham, Ontario, Canada and in Linthicum, Maryland in the U.S., strives to offer their valued customers only the best home security camera systems. For example, their new line of 4K Ultra HD Nocturnal cameras can capture footage as easily at midnight as they can at noon. They also offer wire-free options at affordable prices. People who install Lorex security cameras around their home or business can also keep tabs on the footage while they are away, thanks to a handy app and a personal device like a smartphone or tablet.

If you have a hankering for a thick, juicy steak and head to a local The Keg steakhouse for a tasty dinner, you are visiting a Canadian-based company. As Slice.ca notes, the company, which was founded in North Vancouver and is headquartered in Richmond, British Columbia, is a regular addition on the list of best employers in Canada. They currently offer locations in Arizona, Colorado, Texas and Washington.

If you have ever enjoyed a movie on a huge IMAX screen, you can thank the Canadian company for the experience. IMAX Corporation first opened in Canada in the 1960s and is currently headquartered in Mississauga, Ontario. The billion dollar company now has over 1,300 theaters in 75 countries, including plenty in the U.S. The company does not merely own the theaters where you can feel like you are part of the action in the movie; they also manufacture the special projectors and cameras that help to bring the IMAX movie experience to people of all ages, all across the globe.

As you can see, a number of well-known and highly respected companies are based in beautiful Canada — or at least they got their start up north. It is no surprise that a company with such a high quality of life will also be home to so many successful businesses, all of which are highly revered down here in the States.