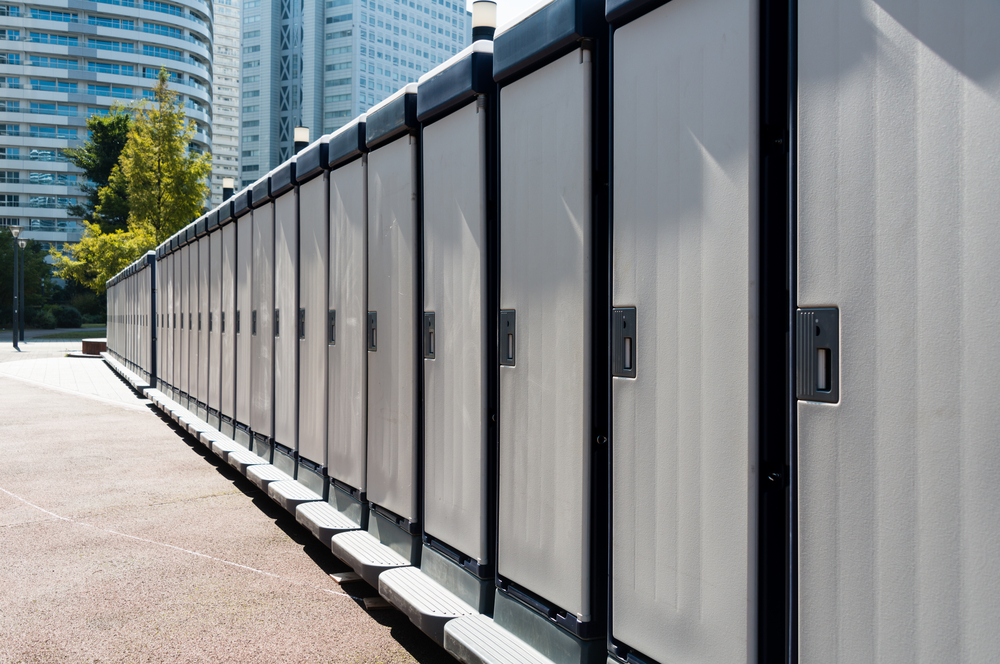 It’s not every organisation that considers using temporary buildings instead of permanent structures. Sometimes, they just instinctively stick with what they’ve always done – the institutional imperative – and continue seeking permanent building solutions.

Whether because of budget restriction, building permission restrictions or the fact that the company may need to expand beyond the site in a few years’ time and doesn’t wish to invest too much into a permanent structure, some businesses consider the value of temporary structures too.

Here are some of the advantages of using a temporary building structure instead of only looking at pre-existing physical buildings.

Due to the simpler building structure and known factors like common building parts in-stock in different sizes ready for use, designs are extremely flexible. It’s possible to come up with interesting ideas based on the needs of the customer and the parts regularly used for these types of structures. Initial designs and getting the initial approval of the client is more easily achieved because the number of variables involved with the design is considerably reduced when compared to a bespoke design using the vast array of building materials available on the open market.

Getting planning permission approval from the local authority is a time-consuming matter that is problematic for most everyone who tries to complete the task. The amount of red tape and inefficient process from a not-for-profit organisation is evident in the typical time it takes a council to approve a request for a permanent building.

Fortunately, with Smart Space temporary buildings, it’s different. While some councils may already familiar with their work, even if they’re not, the reality is that approving a temporary building can be easier to do and faster to complete. Smart Space even offer to make the application on your behalf to save you the inconvenience. The lack of permanence in the request is something that councils could find easier to process because they know that the building is only erected for a period of three months to three years. This can make getting approval much easier all round.

Fabrication is Not Needed

The base parts to put up a temporary building structure are usually in stock with a good building provider. Because the structures are often created using a collection of known pieces, there’s an element of mix and match to use the right parts to complete the design put together by the team involved.

There’s no need to wait on marble slabs needed for the reception floor to be shipped in from Italy. Or, special plaster for the walls to get just the right authentic finish. Instead, the team that puts together the temporary structures use familiar component pieces with the same design as ones previously used many times before. This takes the guesswork out of the process.

Once the prototype design has been completed and approved by the client, and the local council has given their seal of approval by granting planning permission, construction is planned out. Subject to having all the building materials in-stock in the appropriate sizes and the level of customisation present within the design, a building will often take 1-3 weeks to complete.

The construction time may be extended depending on the number of customisations present in the plan. Certainly, the addition of flooring, slightly improved security aspects, alternative lighting or heating options all change the parameters of what’s being supplied and even the time to get all necessary building supplies in-stock before officially commencing construction.

Temporary building structures are put together using separate parts and constructed piece by piece. While not always easy to do, it’s possible to partly dismantle a damaged wall or another area and replace it with a new piece to resolve the issue. While damage to a temporary building is relatively rare, it’s possible for an accident to occur with a car, lorry, or something falling that caused the damage.

The good news with these types of structures is that it’s often possible, depending on the damage incurred, to replace the damaged part of the temporary building. This is thanks to the component-like structure. This way, the repaired building can be used through its expected timeframe to get full value out of the investment.

With a permanent structure, you’re usually unable to dismantle the building unless you’re going to take a wrecking ball to it. When there are other nearby structures, that may not even be possible unless the building poses a risk to human safety. A safety inspector would need to make the final decision on the destruction of a permanent building.
With a temporary structure that’s been put together piece by piece, this opens the door to dismantling it in much the same way as it was originally put together. This is especially useful for buildings that are only needed for a few months and the client doesn’t wish (or doesn’t have permission) to keep the building up beyond that time.

Depending on the agreement for the property and/or lease of the land or existing buildings there, a permanent
structure may not be possible anyway, making the ability to erect and dismantle later a necessity.

The cost of putting up a temporary structure is entirely different from that of a permanent one. The building’s internals are far simpler because there’s often a more limited set of uses intended for the covered area. Build materials needing to last only three years can be produced without the need for them to last half a century through protected brickwork and the other typical building parts of an office building or warehouse facility.

Depending on the UK building supplier, they may be open to financial deals on the building purchase costs. Building structures intended for use only for a few months or 2-3 years can often be rented or leased, rather than needing to pay for the building materials outright. This makes it financially viable for thrifty companies that need a new temporary structure but wish to avoid the considerable costs normally involved in doing so.

Business lease terms are often multi-year, expensive and inflexible. Large payments are needed to buy a lease from an existing leaseholder and often again to extend it with the issuer of the lease (sometimes with a steep price hike). Then there’s the rent charge on top of that.

For companies that require flexibility and a shorter timeframe on the lease, temporary structures offer a flexibility that isn’t common in the business world. Multi-month lease terms are virtually unheard of with permanent buildings.

No Need to Relocate

The cost of relocating is a hardship for companies that really only need an additional covered area or a basic building for a few extra employees to use. Being forced to either get too many people into the existing space, which is problematic at best, or find another location for the company, is a real pain.

Finding a new spot that’s large enough and allows for future expansion is no easy task. It’s not always possible to find a suitable location close to where the business is already operating. As a result, companies sometimes are forced to move out of the area, which can cause a loss of key employees who don’t wish to make the longer commute and choose to find alternative employment nearer to home.

Being able to put up a temporary structure ahead of a relocation helps ease the transition or just avoid it for several years, which likely would reduce both costs and the distraction originating from the hunt for a new premise somewhere else.

No Need to Have Two Locations

One solution that companies often must opt for is finding a secondary location nearby to the first one even if it’s smaller. This annexe they set up as a temporary office or warehouse effectively manages the overflow from the first location. Some staff commonly have to work in the secondary location and the physical distance creates a perceivable distance in interpersonal relationships as a direct result.

Shuttling staff between two locations for meetings and other important get-togethers wastes time in the day. Very quickly, a separation (and sometimes a rivalry) naturally occurs between people in the different buildings, which is often harmful to good relationships between departments and teams. What was once a single cohesive unit is now a physically divided one. Not having to be divided by a considerable distance is a major plus for businesses that value good in-person communications between staff members.

Before there were temporary buildings, companies had a restrictive list of options for how to proceed when needing more floor space. Whether for storing goods, housing office workers or for another purpose, the ability to have a building erected for a short time that’s designed for a specific purpose steps over a lot of potential hurdles.

Companies can advance their plans while not being held back by either extensive red tape or excessive delays to their need for greater floor space.