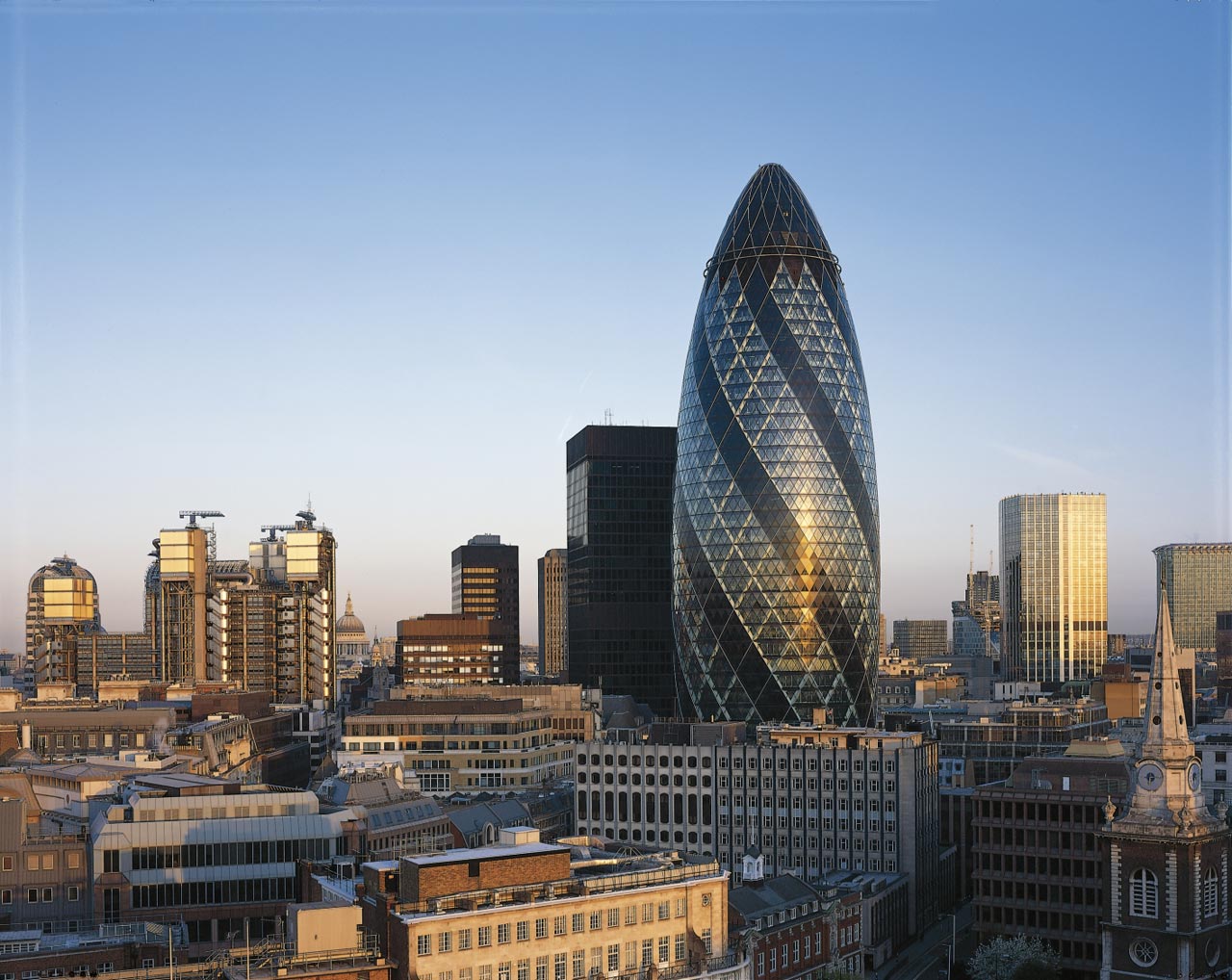 Savills and Deloitte Real Estate have been jointly instructed to sell The Gherkin at 30 St Mary Axe in the City of London following the appointment of Phil Bowers, Neville Kahn and Alex Adam of Deloitte LLP as the Joint Fixed Charge Receivers on the landmark office building.

Marketing of this iconic 505,000 sq ft (46,914 sq m) office building is about to commence with interested expected to come from all corners of the globe.

Designed by Lord Foster, the 40-storey skyscraper opened in 2004 and is currently multi-let to approximately 20 tenants including Swiss Re, Kirkland & Ellis International LLP and ION Trading.

Stephen Down, Head of Central London Investment at Savills, comments: “This is a prestigious appointment on what is a globally recognised landmark building, which sits in the heart of London’s business core.  The Central London commercial property market has benefitted from improving market conditions over the course of the last few years.  Not only have we witnessed a sustained appetite from international investors for assets in London but we have seen a substantial improvement in business growth and take up of office supply as the Capital’s economy continues to improve.”

Jamie Olley, Head of City Investment at Deloitte Real Estate, says: “The Gherkin is one of London’s famous landmark buildings and the most iconic office tower in the City’s skyline.  For investors, this prime office property provides an attractive combination of stable and reversionary income with opportunities to add value via asset management.  The property will appeal to a wide range of domestic and international investors and we are confident of maximising returns to the receivers and creditors.”

The latest London Office Crane Survey by Deloitte Real Estate shows office development has now been running at below average levels for five years, with 9.2m sq ft under construction across central London. This, combined with a clear rise in office take-up over the last 12 months, has resulted in availability falling to its lowest point since 2007, with 45% of space under construction already let.

According to Savills research, over the last five and a half years, Central London has seen £71.1 billion invested into the office and retail markets, with overseas investors accounting for £47.7 billion, equating to 67% of the overall volumes. The research notes that during this time period, investors from Asia Pacific represented 19% of total office and retail transactions, with European buyers accounting for 18%. US and Middle Eastern investors represented 13% and 10% respectively. The firm also highlights that UK institutions are another current key investor group in the Central London market having accounted for 23% of office transactional activity between January and May 2014, compared to just 10% during the same period in 2013.