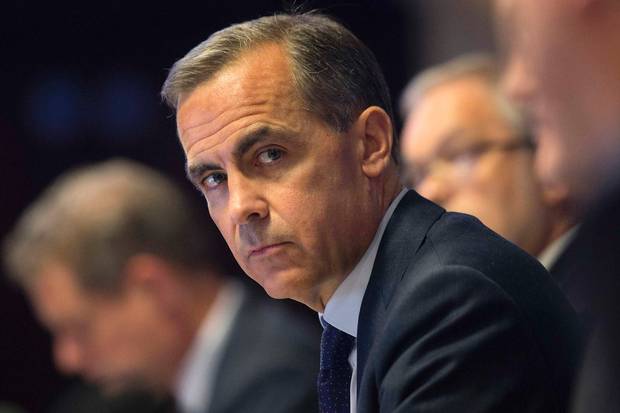 Bank Of England Maintains Interest Rate And Upgrades Economic Growth Forecast To 2.9% For 2015

The recent strong performance of the UK economy has continued.  Output has grown robustly, unemployment has fallen further and inflation is close to the 2% target.  A gradual strengthening in productivity and real incomes, together with growing confidence of companies to invest, should underpin the durability of the expansion.  The economy remains on course to meet the MPC’s intention of absorbing spare capacity over the next few years, while keeping inflation close to the target.

Sustained output growth has not yet been accompanied by a material pickup in productivity.  Instead, employment has continued to grow rapidly and the LFS unemployment rate fell below the MPC’s 7% threshold in February.  The policy guidance that the Committee provided in August 2013 therefore ceased to apply and policy will now reflect the new guidance set out in its February Inflation Report.  Although the margin of spare capacity has probably narrowed a little since then, the MPC continues to judge that there remains scope to make greater inroads into slack before raising Bank Rate.  As set out in its February guidance, when the Committee does start to raise Bank Rate, it expects to do so only gradually and to a level materially below its pre-crisis average.

UK output is estimated to have grown by 3.1% in the four quarters to 2014 Q1, with some indicators pointing to even stronger growth.  The expansion now appears more broadly based than previously estimated, with spending by both households and businesses having grown solidly in 2013.  The revival in the housing market — with transactions up a third over the past year and house prices around 10% higher nationally — underpinned strong growth in housing investment.

Output growth has continued to be supported by reduced uncertainty and better access to credit.  The availability of mortgage lending has improved further, including at relatively high loan to value ratios, although the introduction of the Mortgage Market Review’s recommendations may result in a dip in mortgage approvals.  The terms on which companies can borrow have also improved, although they remain restrictive for some small and medium-sized enterprises.

The recovery in output has yet to be matched by a material pickup in productivity.  Employment has instead continued to grow strongly and the LFS unemployment rate fell to 6.9% in February.  Even so, the elevated rate of unemployment and the number of people reporting that they would like to work longer hours point to the existence of labour market slack.  In contrast, companies appear to be operating at around normal levels of capacity utilisation.  Overall, there has probably been a modest narrowing in the margin of spare capacity over the past three months, although the central view of most MPC members is that it remains in the region of 1%–1½% of GDP.  There is, however, considerable uncertainty around this central estimate, with a range of views on the Committee.  As in February, the Committee expects productivity growth to pick up gradually to around its average historical rate by the forecast horizon.

The global backdrop is expected to firm gradually, with growth in the euro area edging higher and the expansion in the US economy supported by the highly stimulative stance of monetary policy.  Overall, the emerging economies are likely to grow at around their average historical rate.  In China, growth is expected to slow only a little further, although the rapid growth in credit in recent years and the associated expansion of the shadow banking system continue to pose a downside risk.

There are risks to the outlook from developments both abroad and at home.  Externally, the need for further adjustment within the euro area continues to pose a downside risk to UK growth, as does the possibility of an end to the relative calm within financial markets, perhaps triggered by the prospect of policy normalisation in some advanced economies.  But to the upside, it is possible that improved confidence and reduced uncertainty within the euro area may provide a greater boost to spending than anticipated, especially if recent reductions in periphery sovereign bond spreads translate into easier credit conditions for households and companies.

At home, the main downside risk is that the pickup in growth proves to be unsustainable, either because productivity and real incomes continue to disappoint or because business investment does not recover as expected.  Conversely there is a possibility that there is greater underlying momentum in activity than currently thought and, with interest rates expected to remain at historically low levels, output continues to grow at above its historical average rate.

The expected easing in the pace of expansion, together with a modest revival in productivity growth, means that the rate at which spare capacity is absorbed slows markedly relative to the recent past.  In particular, after falling further in the near term, unemployment in the second and third years of the forecast is projected to decline only gradually.  On the central projection, the margin of spare capacity is broadly closed only by the end of the forecast period.

The path of slack is uncertain, and there is a range of views on the Committee.  For a given growth profile, it will depend heavily on the timing and strength of the rebound in productivity growth:  the stronger the rebound, the slower the pace at which spare capacity will be absorbed.  It will also depend on other developments within the labour market as the expansion takes hold, including the ease with which the longer-term unemployed are able to find work and the extent to which people’s desire to work longer hours persists as incomes increase.

CPI inflation fell to 1.6% in March, but is expected to move nearer to the 2% target in coming months as the falls in petrol prices in the spring of 2013 drop out of the annual comparison.  Sterling has risen a little further since the February Report;  the 10% appreciation over the past year or so should dampen inflation over the first part of the forecast.  Having been very weak for over three years, private sector pay growth has begun to pick up, although it remains well below pre-crisis norms.  The MPC continues to judge that measures of inflation expectations remain consistent with meeting the 2% target.

There are, as always, risks on both sides of the inflation outlook.  To the upside, it is possible that slack will be used up more rapidly than anticipated or that companies will use the stronger demand environment to rebuild margins more than assumed.  To the downside, it is possible that the unexpectedly sharp falls in inflation over the past year or so reflect underlying cost and price pressures that are weaker than currently judged.

The UK economy has performed strongly over the past year.  Output is estimated to have grown by over 3% in the year to 2014 Q1.  Inflation has fallen back close to the 2% target.  And the unemployment rate has declined to its lowest level for over five years.  Nevertheless, spare capacity remains and the MPC’s current aim is to keep inflation close to the target, while supporting the economic expansion such that spare capacity is absorbed.

At its February meeting, the Committee noted that it was likely that its 7% unemployment threshold would be reached over the next few months and provided guidance on the subsequent setting of policy.  At its May meeting, the Committee observed that the LFS unemployment rate had fallen to 6.9% in the latest data release and reaffirmed that guidance in order to achieve the inflation target over the policy horizon.  A key feature of the guidance is that, given the likely persistence of headwinds weighing on the economy, when Bank Rate does begin to rise, it is expected to do so only gradually.  Moreover, the persistence of those headwinds, together with the legacy of the financial crisis, means that Bank Rate is expected to remain below average historical levels for some time to come.

At its May meeting, the Committee also noted that, conditioned on a gradual rise in Bank Rate, the economy appeared on course to absorb remaining spare capacity over the next few years, while keeping inflation close to the 2% target.  The margin of spare capacity had probably narrowed slightly over recent months, but the central view of most MPC members was that it remained in the region of 1%–1½% of GDP.  The Committee judged that there was scope to make further inroads into slack before an increase in Bank Rate was necessary.

In the light of the economic outlook, the Committee voted to maintain Bank Rate at 0.5% and the stock of purchased assets at £375 billion.