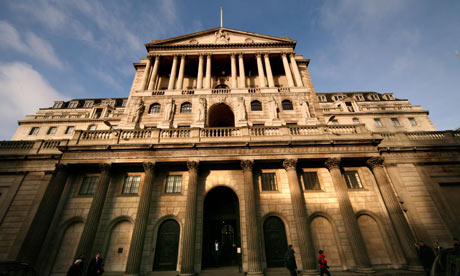 Net lending to UK businesses was positive in the three months to May, in contrast to a negative flow in the previous period. Theannual rate of growth in the stock of lending to both small and medium-sized enterprises and large businesses remained negative. Mortgage approvals by all UK-resident mortgage lenders for house purchase fell. Contacts of the Bank’s network of Agents reported that activity in the housing market had eased. The average monthly net lending flow by UK-resident mortgage lenders in the three months to May was £1.8 billion, slightly higher than the previous three months.
Spreads over reference rates on new lending were unchanged for small businesses, and fell significantly for medium-sized and large businesses in 2014 Q2, according to respondents to the Bank of England’s Credit Conditions Survey. Quoted interest rates on two-year fixed-rate mortgages rose in Q2, with spreads broadly unchanged. Quoted rates on new personal loans were little changed compared to the previous quarter.
Contacts of the Bank’s network of Agents noted that credit conditions had improved for firms of most sizes over the past quarter, though conditions remained tight for the smallest businesses. Respondents to the Credit Conditions Survey reported that demand for credit across all business sizes had increased significantly in 2014 Q2. Lenders in the survey reported that the availability of secured credit to households increased slightly and demand for secured lending for house purchase and remortgaging increased significantly in Q2.