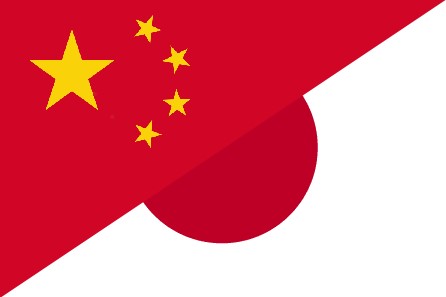 It is no secret that China and Japan’s relations have reached a record low. As experts debate what needs to be done to improve the relationship between the two countries, there is one thing that can be said. China and Japan would see an improvement in their respective economies if they were willing to revise relations. Both economies are doing well and are expected to continue to see growth in many markets. However, politics can have huge effects on economies, especially when the two countries are in the midst of such high tensions.

The China-Japan economic relationship is one of the largest in the world. In fact, they rank only third behind USA-Canada and USA-China’s trade. While the countries have been able to have successful economic activity with each other, the relationship has been marred by historical tensions and prejudices. These events have held back some of the potential economic growth the countries could have witnessed. Unfortunately, the tensions have caused the leaders to make choices that have negative consequences on their countries all in the sake of conflict.

“The political relationship between the two is the worst ever at the moment, and it is worse than anyone had expected it to be,” says Satoshi Amako, professor at the Graduate School of Asia Pacific Studies at Waseda University and director of the Waseda Institute of Contemporary China Studies.

In the past few years, Japan has shifted their financial investments to South Asia as China’s labor costs continue to rise. China is also facing a inevitable economic slowdown, but is still extremely powerful. Despite these issues, Japan still has strong ties in China. However, the two countries are also strict competitors. For example, one of the biggest industry of competition was the high speed rail infrastructure. Both countries have given their contributions to growing this industry and fight for leadership in it. In fact, The Diplomat reports that China provided financial support to Iran to help build their railroad infrastructure.

“Furthermore, this rivalry is unlikely to be confined to East Asia. For instance, both countries are seeking to strengthen economic connectivity in the Eurasian region through such initiatives as the Central Asia Plus Japan dialogue and China’s Silk Road Fund and Shanghai Cooperation Organization (SCO),” Chietigj Bajpaee writes.

Yet, there is even a bigger reason for tensions among these two countries. Historical conflicts are becoming an issue that affects these ties, such as the dispute over the Senkaku Islands and the Nanking Massacre. There are several examples of how these events are impacting recent relations. Most recently, China has called for a boycott of a Japanese owned hotel after its owner made some disparaging remarks about the Nanking Massacre.

Tokyo-based hotel and real estate developer APA Group president Toshio Motoya penned a book as Seiji Fuji. In the book, he remarked that the Nanking Massacre was a fabrication and an impossible event. The book was placed in the hotel’s rooms and immediately upset the Chinese government.

"We call on Chinese groups and the many tourists who visit Japan to resist APA's wrong approach and avoid spending money at this hotel," explains a spokesman for China’s National Tourism Administration.

The Nanking Massacre is an extremely sensitive topic in the region. This tragic historical event took place at the end of the Second Sino-Japanese War. As the Old Japanese Army was celebrating a bloody victory in Shanghai, they decided to continue their rampage into the capital city of Nanking. In anticipation of the troops’ arrival, Chinese officials evacuated the city of leaders and experienced fighters, leaving citizens to defend themselves. China claims that the city of quickly overtaken. An estimated 300,000 Chinese citizens were raped and murdered by the hands of the Japanese. However, there are several people that deny these claims. Due to inconsistencies with the number of victims and an ever changing official victim list, some have questioned China’s claims. As time goes on, China has continued to demonize Japan and spread anti-Japanese sentiments. Many point out that this is most likely a ploy to preserve its authority in the region. As is the case with Mr. Motoya and his hotel’s boycott, this issue has continued to cause tensions as both sides.

With such heated controversy, some have asked, what can be done to fix relations between Japan and China? Will the conflict ever come to an end? In recent years, the countries have come together and promised to manage the conflict. However, there has been virtually no progress made in these endeavors. It seems as if Japan is open to moving on and pursuing more constructive avenues. On the other hand, China seems more apprehensive to do so. With a long history of manipulating the world’s viewpoint of other rival countries, China is more committed to remaining a dominant authority in the region and refuses to share the spotlight with Japan.

It is concerning that the two countries are not more eager to come together face to face and work out these issues for the good of the region. No matter what side of the conflict you may agree with, there is one thing that everyone can agree upon. The sooner China and Japan can improve relations, allow history to rest and put aside their difference, the better their economies will become.