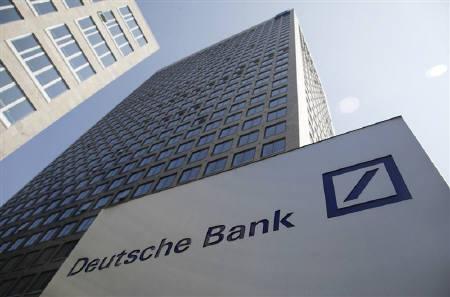 Deutsche Bank AG (XETRA: DBKGn.DE / NYSE: DB) has completed the capital increase from authorized capital against cash contributions it announced on 18 May 2014. The number of shares of Deutsche Bank AG has increased by 359.8 million, from 1,019.5 million to 1,379.3 million, reflecting both the capital increase without subscription rights of 59.9 million shares completed earlier, and the Bank’s public offering of new shares via subscription rights. The gross proceeds of these transactions amounted to EUR 8.5 billion.

Jürgen Fitschen and Anshu Jain, Co-Chief Executive Officers of Deutsche Bank, said: “This capital increase reinforces Deutsche Bank’s Strategy 2015+. We have taken decisive steps to protect Deutsche Bank against known capital challenges, sharpen our competitive edge, and accelerate investments in growth in all our business divisions. We thank all our shareholders for their support.”

Had the capital increase been completed on 31 March 2014, Deutsche Bank’s Common Equity Tier 1 (CET1) ratio on that date would have been 12.0% on a pro forma CRD4 fully-loaded basis rather than 9.5%. This follows significant strengthening of this ratio, which stood below 6% (estimated on a pro forma basis) in mid 2012, reflecting the Bank’s progress in implementing Strategy 2015+.

Including the recent issuance of Additional Tier 1 capital with an amount of approximately EUR 3.5 billion, the pro forma CRD4 fully-loaded leverage ratio at the end of the first quarter 2014 would have been 3.4% rather than 2.5%.