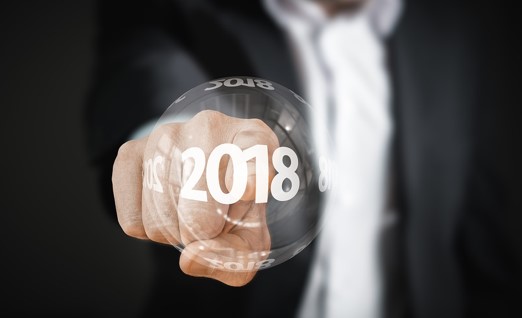 Doing business without paying attention to the digital side of things is a recipe for disaster in most cases, so everyone who is anyone, knows about the importance of digital marketing. In 2018 however, marketing via the internet is going to see a number of new emerging trends and we are going to discuss some of the most prominent ones next.

Unlike virtual reality, which is a separate virtual world altogether that cuts the user out of the real world, augmented reality merges the real and the virtual world together into one seamless environment (think Pokémon Go). In marketing, its uses are far from being fully realized, let alone implemented. That could change this year though. Think about an AR app that lets you try out furniture in your home to see how they would look or if they could fit in the places that you want them to. The same principle could be applied to a number of other fields in interior decoration, at supermarkets, etc. How well and in what magnitude augmented reality actually manages to impact digital marketing in 2018 is something that remains to be seen though.

AI or artificial intelligence has been the buzzword for quite a few years now, especially since every smartphone manufacturer started developing an intelligent voice assistant in 2017, along the footsteps of the Google Assistant and Apple’s own Siri. Chatbots are actually not that different from intelligent assistants and that’s exactly why they are useful in digital marketing. Truly intelligent and flexible chatbots are not yet something that has come into existence but in 2018, brands and consumers will definitely see a lot of improvements in how these bots interact with them. The primary focus of chatbots at the moment are on instant messengers more than anything else because that’s the sector which is known as “dark social” in social media marketing and is believed to have the most untapped potential at the moment.

Banner ads are a dying breed and influencer marketing is only growing ever more powerful. While the term influencer referred to movie stars and other celebs earlier, the definition isn’t exactly the same in digital marketing. Keep in mind that all popular and established figures are still influencers, but people are more likely to buy smartphones recommended by a popular YouTuber who has a tech channel than something endorsed by a paid celebrity. While paying social media influencers is neither uncommon, nor is it a secret, the authentic influencers will generally lay it down as it is, rather than endorsing a product that isn’t really that good. Reviews from popular sites and YouTube channels can and often do make or break products and this is only going to increase in 2018.
All things said and done, if you are planning to launch a new business or breathe some life into the old one with the help of marketing, it is suggested that you take the professional help of a digital marketing agency that’s experienced in SEO, web design and of course, social media marketing. The three points we just discussed are still at their early stages and while they are important, it is more important to get the basics of digital marketing taken care of first.