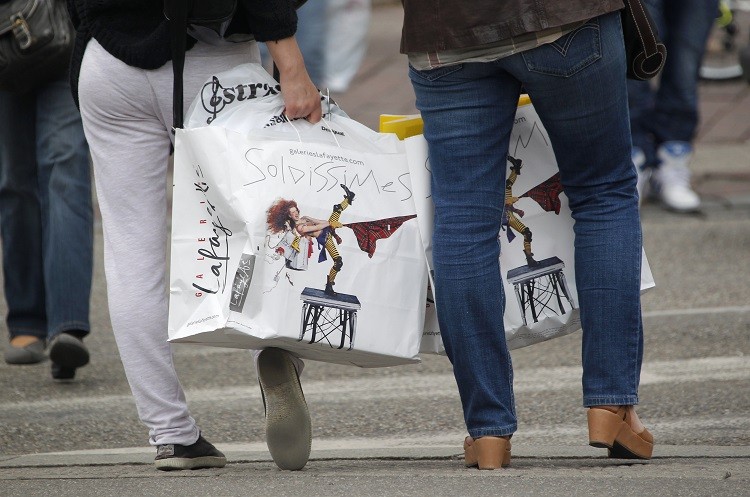 At 44.8, down from 45.8 in August, the headline Markit Eurozone Retail PMI - which tracks month-on-mouth changes in like-for-like retail sales pointed to a third straight monthly decrease in retail sales in the euro area. The rate of was the fastest since April 2013 when measured on both month-on-month and annual bases.

Phil Smith, economist at Markit which compiles the Eurozone Retail PMI survey, said:
“Consumer spending in the euro area looks to be on the downturn, with the latest retail PMI figures showing sales falling for the third month running. Furthermore, September’s decrease in sales was the sharpest for almost a year-and-half as rates of contraction gathered pace in France and Germany. These data corroborate the picture from earlier manufacturing and services releases of renewed weakness in the currency bloc.”

Latest data pointed to broad-based weakness across the Eurozone retail sector in September. France and Germany alike recorded faster decreases in sales, with rates of contraction the most marked in 18 and 53 months respectively. With Italy seeing a slower decrease in sales (albeit one that was still solid overall), France was the worst performer overall of the big-three for the first time in a year-and-a-half.

Like actual sales, retailers’ buying levels decreased for the third straight month in September, and at a faster rate than in August. Inventories continued to build, however, as firms missed their targets. September’s shortfall in sales relative to plans was in fact the most marked in 18 months.

Retail employment continued to buck the general downturn in the sector, rising marginally for the fourth straight month in September. Job creation was primarily centred on Germany, however, where staffing numbers at retailers rose to the greatest extent since the series began in January 2004. France, in stark contrast, recorded its sharpest drop in retail employment since March 2013.

September saw cost pressures faced by retailers operating in the Eurozone remain subdued, reflective of low buying activity weighing on suppliers’ pricing power. Wholesale inflation was the slowest since December 2009, having dipped for the seventh time in the past eight months.

Retailers’ gross margins nevertheless continued to fall sharply, attributable to lower sales and discounted selling prices, according to panel member reports. The rate of decline was the sharpest in ten months.