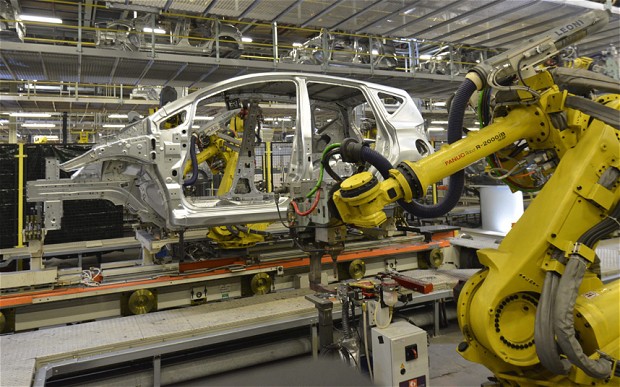 The recovery in the Eurozone manufacturing sector was extended to a twelfth successive month in June. Signs that the upturn is losing momentum were still evident, however, as growth of both output and new orders slowed since May.  The final seasonally adjusted Markit Eurozone Manufacturing PMI dipped to a seven-month low of 51.8, down from 52.2 in the prior month and below the earlier flash estimate of 51.9. The average reading for the second quarter (52.4) was also slightly below that for the opening quarter of the year (53.4).

National PMI readings improved in Ireland and Spain, reaching a two-month high in the former and a seven-year record in the latter. PMI indices fell in all of the other nations, although only France and Greece signalled outright contractions.

June saw manufacturing production expand at the slowest pace since September 2013. The weaker trend was most evident in France, which saw output contract for the first time in five months and at the fastest pace during the year-to-date. Slower production growth was meanwhile registered in Germany (nine month low), Italy, Ireland (both four month lows) , the Netherlands (11-month low) and Greece (three-month low).

Underlying the slower expansion of production was a weaker increase in new orders. Although new business inflows rose at the slowest pace since October 2013, this nonetheless extended the current upturn in new order volumes to 12 months. Domestic market conditions remained generally subdued, according to companies, while levels of new export business rose at the least marked pace for almost a year. France posted the worst performance, with concurrent contractions of new orders and new export business registered for the second straight month. Moreover, the rates of contraction were the sharpest during the year to date in both cases.

Austria also reported declines in both total and export demand, while total new orders stagnated in Greece despite an increase in new export business. Growth of new orders meanwhile slowed in Germany, Italy and the Netherlands, but accelerated sharply in Ireland and Spain. Manufacturing employment rose for the sixth successive month in June, although the rate of growth remained only marginal. France reported job cuts for the third straight month, while a reduction was also registered in Greece and staffing levels were broadly unchanged in Germany and Austria. Job creation slowed in almost all of the remaining nations, the notable exception being Spain – which reported the strongest increase since July 2007. Input costs rose for the first time in five months in June, in some cases reflecting recent oil price increases. With costs showing a modest gain, manufacturers raised their average selling prices for the second month in a row. However, rates of increase in purchase prices and output charges were only modest. Supplier delivery times lengthened for the twelfth month in a row, and to the greatest extent since June 2011.