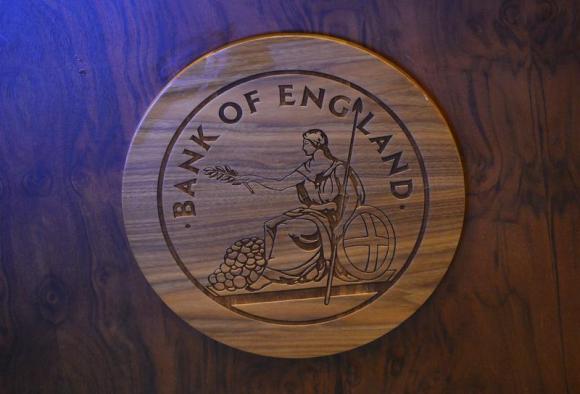 Gone Are The Days When Banks Are Too Big To Fail

In a speech on Tuesday, Jon Cunliffe reviews the progress made by regulators in addressing the issue of Too Big To Fail and sets out some remaining issues. He describes the two-pronged approach taken by regulators: first, to reduce, but not eliminate, the probability of failure by increasing the resilience of financial institutions; second, managing the impact of failure via the resolution framework and by making investors bear losses.

Jon explains that while much has been done to make the financial system more resilient, two key elements of the regime that is needed to reduce the likelihood of failure are still in the design and agreement stage. One of these is an international standard on leverage. Following agreement on a definition of the leverage ratio earlier this year, standard setters will decide on the calculation of a minimum standard in 2017.

As requested by the Chancellor last November, the FPC is reviewing whether a leverage ratio framework should be introduced in the UK in advance of the international framework. “This could include a power for the FPC to vary the ratio to counter macro-prudential risks. The FPC will consult on the review and expects to publish its conclusions towards the end of the year,” Jon notes.

A second element of the capital and liquidity regime to be agreed is a standard for the Net Stable Funding Ratio to address banks’ long-term liquidity risks, due to be agreed by the Basel Committee in September.

Jon acknowledges concerns in the industry that these two elements could have potentially serious and unwelcome unintended consequences on market liquidity, and says authorities are already looking closely at them.

“We should not, however, set the objective of ensuring a return to pre-crisis liquidity conditions. Liquidity premia were likely too low and liquidity risk very probably under-priced before the crisis,” Jon cautions.

He explains that tighter regulation may make it harder for dealers to absorb inventory when end investors wish to offload assets; meaning that market liquidity may start to fall away at an earlier point.

“Market participants will need to recognise this change in market structure and adjust their balance sheets accordingly. But the catastrophic risk of dealers withdrawing from market-making altogether, because balance sheets have become dangerously overstretched, should be much reduced.”

Jon explains that reforms are also underway to reduce the impact of failure, and, specifically, to allow even the largest firms to fail and be resolved in a safe way without recourse to taxpayer funds.

Whilst the legal framework for resolving failed institutions is now in place, banks also need to hold sufficient debt that can be quickly bailed in if needed, also known as Gone Concern Loss Absorbing Capacity (GLAC). Jon notes that agreement on the objective of an international GLAC standard has been reached, and talks have now moved on to the key design features, such as the size of a GLAC requirement, the type of debt and where it should be located, as well as which critical economic functions need to be protected in the event of resolution.

“To be clear, the aim is not to resurrect every failed business, though that may be the outcome in some cases. The aim is to enable the critical parts of the group – the parts vital to the real economy and the parts that financial stability depends upon – to keep operating so the group can be safely resolved over time.”

Jon observes that in order for resolution to be effective, derivatives contracts will need to be amended in order to prevent a scenario where counterparties in another jurisdiction of a firm had had been put into resolution could close out their contracts and seize collateral covering their replacement value.

He explains that regulators are working with the International Swaps and Derivatives Association to develop a revised protocol for derivatives which put in place a stay on close-out rights to permit the orderly use of resolution powers.

“The way forward will likely entail the major dealers, the “sell side”, who together account for around 80% of contracts in the market, moving first.”

Finally, Jon talks about a third important element of the TBTF agenda - structural reform. He points out that reform measures set out by the ICB in the UK, Dodd-Frank in the US and in the EU generally complement the resolution agenda by making it easier for the resolution authority to protect continuity in critical economic functions. However, work will be needed to ensure that implementation works with the grain of the resolution agenda, and that the application of different structural measures in different jurisdictions form a coherent package for the group as a whole.

To conclude, Jon acknowledges that the reform programme to address TBTF is complex and wide ranging. However, the overall message is that the landscape must and will change very materially. Many of the key elements of that change have already been agreed and are being implemented, but some remain to be agreed.

“Particularly important here are the remaining reforms on resolution that, when taken together with what has already been achieved, will mean that we will finally be able to say with confidence that no bank is too big to fail.”