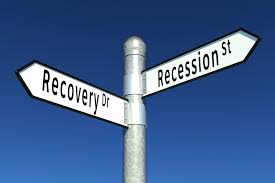 Unemployment will average about 6.5 per cent this year.

CPI inflation will stay close to the 2 per cent target.

On current plans the public sector finances will be in surplus in 2018–19.

After growing only very marginally in 2012, growth accelerated rapidly, and is now running at around 3 per cent year-on-year. We forecast GDP growth of 2.9 per cent this year, an upward revision of 0.4 percentage points on our forecast published just three months ago. This means that GDP will exceed its previous peak in 2008 in the next few months, although per capita GDP still remains well below its previous peak, and will not exceed it before 2017. We have also lifted our GDP growth forecasts for 2015 through to 2017 to about 2.4 per cent. Similarly, while we expect real wages to grow this year, they are currently about 6 per cent below their 2009 level, and we do not expect them to make up that lost ground until 2018 or so.

The unemployment rate has fallen by 1 percentage point in the past year, and we expect it to drop to close to 6 per cent from 2015. The corollary of robust growth in employment over the past few years, combined with economic weakness, has been a sharp fall in productivity growth. Indeed, since 2008 UK productivity performance has closely tracked that of Italy. Even the return of GDP growth, however, has not yet resulted in significant productivity increases. This matters in the short run, since without any improvement in productivity, robust economic growth will see spare capacity absorbed relatively quickly; it matters even more for the medium to long run since ultimately productivity is the main, if not the only, driver of real wages and overall prosperity.

We see few signs of domestic inflationary pressures, with wage growth in particular remaining subdued, and we expect inflation to stay very close to the 2 per cent target. Nevertheless, considerable uncertainty surrounds monetary policy on several dimensions: the path of interest rate rises, where market expectations remain for a rate rise in early 2015; the new equilibrium level, which the Bank has said is likely to be materially below 5 per cent; and the exit strategy for quantitative easing, in particular whether this is used as an active policy tool.

On the basis of current government plans, we expect a continued slow decline in net public sector borrowing this year, accelerating in subsequent years, and reaching an absolute surplus in 2018. The net debt to GDP ratio will peak in 2015–16

The UK’s trade performance remains disappointing, with the current account deficit running at about 4 per cent of GDP, on average, over the period 2012–14, although improving subsequently as the global economy continues to strengthen.