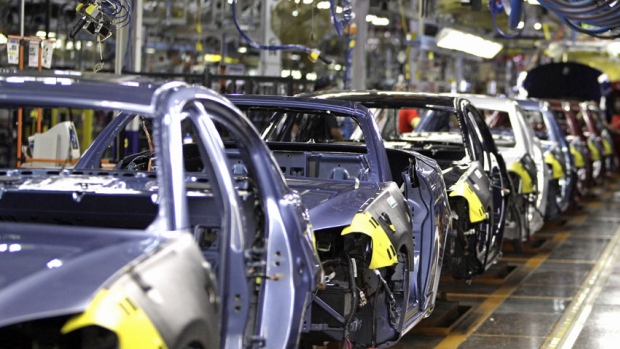 How Is The UK’s Car Industry Helping The Economy Grow

The UK motor industry has established itself as one of the key planks in the country’s economic growth. Car sales have been buoyant for some time thanks to more appealing models and flexible finance options. Committed foreign investment has seen car makers such as Honda and Nissan grow their manufacturing bases here.

About four out of five new cars are exported and with turnover in excess of £60 billion - and some 770,000 people employed - it makes the UK motor industry the fourteenth largest in the world and the fourth largest in the EU.

In the 1970s the UK motor manufacturing industry was blighted by poor management, under investment and union unrest with cars often considered low quality and with poor reliability records. Things changed thanks to large foreign manufacturers such as Nissan setting up bases in the UK and bringing with them investment, improved manufacturing and efficient management techniques.

Since then other large manufacturers such as Honda have set up in the UK, and British luxury cars from makers such as Rolls Royce, Bentley and Land Rover have risen in popularity worldwide. Older marques such as Mini have been rejuvenated thanks to BMW’s investment in the brand and the production of the ‘premium product’MINI using the original manufacturing base in Oxfordshire.

The UK motor industry contributes £10 billion to the economy, and a great benefit of large scale manufacturing coming to the UK is of course jobs. Areas such as the North East, where employment can be difficult in a largely post-industrial landscape, have been helped considerably by makers such as Nissan basing their UK operations in Sunderland. For some years now the Nissan Micra, a staple car for learner drivers, has rolled off its UK production lines.

The knock on effect

Motor manufacturing benefits other associated industries such as parts and component suppliers and other companies serving the manufacturing infrastructure with ancillary services such as catering and cleaning.

That said, there’s some concern that the actual UK content of cars could be higher - presently only about 40% of the components in a British-made car by value are sourced domestically. In effect, this increases imports as car production figures rise.

Overall, despite the value of cars exported exceeding the value of cars imported, the UK is still a net importer when actual UK-made content of cars is taken into account. The SMMT (Society of Motor Manufacturers and Traders) says that there is scope for more UK component makers to provide parts for UK produced cars, estimating that it’s an area worth some £4 billion.

At the retailing end of the process car sales are booming to the point where sales hover around the two million mark per annum. This means dealers keep busy and employ more people and the VAT and other taxation charged on cars and associated services swells the UK tax coffers.

The UK is still a manufacturing nation

One of the misleading sayings that abounds about the modern British economy is that the UK doesn’t manufacturer anything’, with many saying the nation’s fortunes are now driven by service-based businesses alone. The healthy state of the UK car industry in term of manufacturing and providing jobs, opportunity and considerable revenue would show otherwise. It’s a success story and it’s one that could be expanded yet further if Britain puts itself at the innovative head of the race to driverless technology.