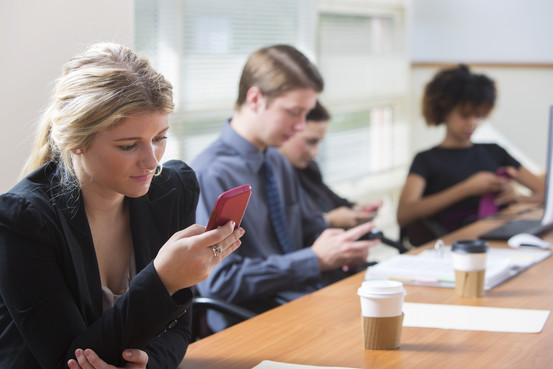 How poor behaviour can affect a company’s image

For many businesses today, a clean image can make or break a company. A company sells itself to customers and clients on its image, and if that image is tarnished, the company’s selling power loses much of its clout.

One of the things that can have a negative effect on a company’s image is employee behaviour. If an employee is publicly uncovered stealing clients or information from other businesses in an unlawful or illegitimate manner, for example, then this will reflect not just on them but also on the entire company.

What is poor behaviour?

Sometimes, it can be obvious that a staff member is not pulling his or her weight to the extent expected of them. An employee who consistently shows up 30 minutes late for work, for example, or finds feeble excuses for calling in sick most Monday mornings, for example, may have a problem with finding the right work-play balance. If that person then starts posting pictures of their night out on Facebook for their office colleagues to see, then it really is time to call them in for a chat.

Other behaviour can be harder to trace, however, and these kind of employees can be more damaging, as their behaviour leans towards the dishonest or downright devious. From posting pictures on social media sites to badmouthing colleagues and online bullying, it can be necessary to check employees’ computer history because this kind of behaviour really can have a negative effect on the entire workplace.

Stealing is a more direct example of bad employee behaviour that is also illegal, and whether you’re talking large-scale embezzlement or small amounts going missing over a regular period, which can be incredibly hard to trace, this remains in direct violation of company trust.

A negative employee can begin to affect everyone else working in that company, as their poor attitude and work ethic begin to rub off on the rest of the staff, resulting in a myriad of problems, from staff morale and productivity to higher rates of absenteeism and even, in worst-case scenarios, showing itself in liability claims. Clearly, this is not a situation any company, regardless of size, wishes to find itself in.

Drugs and alcohol can also play a part in a company’s image. Just imagine inviting a high-profile client into your office and the first person they meet has just staggered in after a night on the tiles; clearly, this is not the image you hope to promote.

Ensure that business practices are done correctly and by the book, and stamp out this kind of behaviour, thereby showing a company that customers can trust and developing a loyal client base. There are a number of ways to improve behaviour in your company. One is to encourage exemplary behaviour through an open dialogue with employees and workplace satisfaction initiatives; the other is more punishment-based and could include spot checks and random drug testing, which is most effectively done using an oral fluid lab test.

A company is only as strong as its employees, and a healthy company with a strong bottom line requires a healthy, happy workplace. Maintaining this is a fine balance between zero tolerance of poor behaviour and promotion of employee satisfaction.