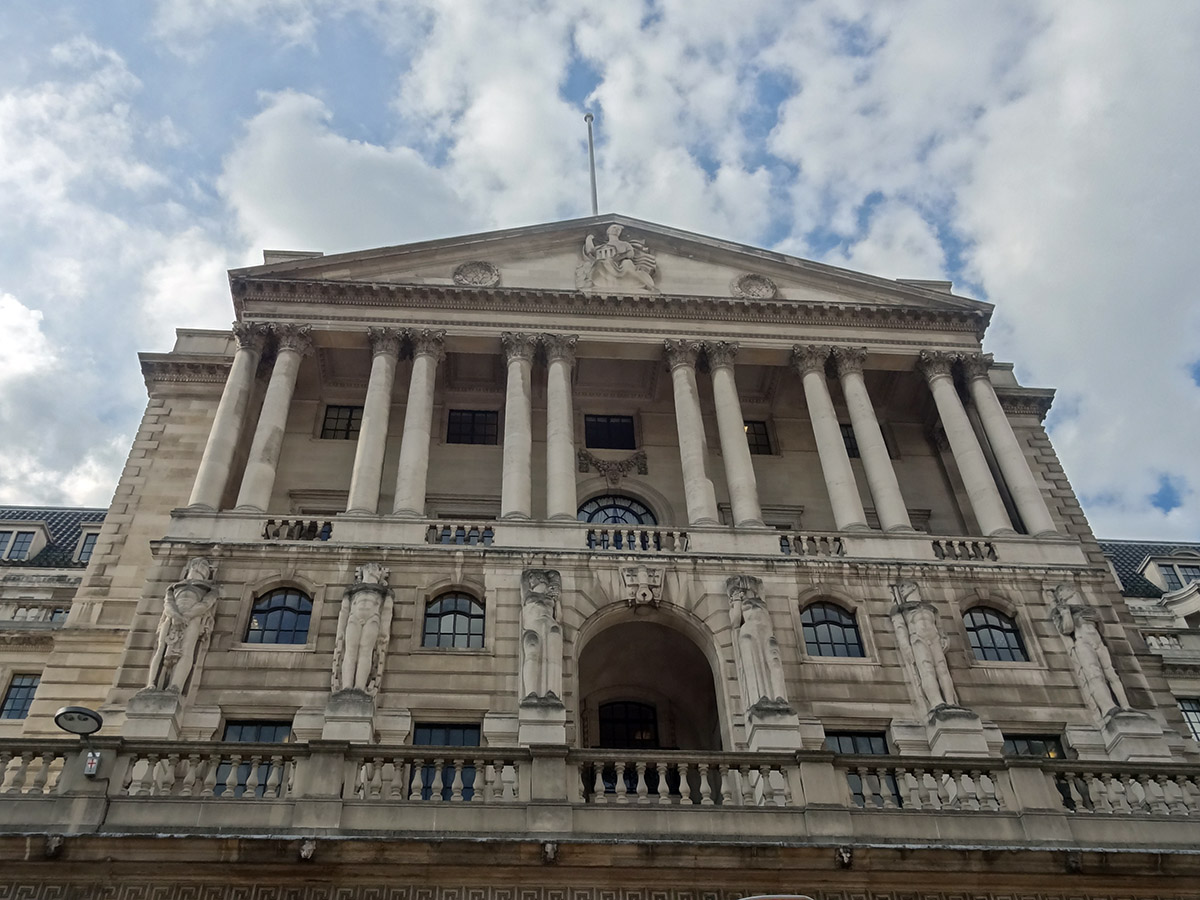 These are the minutes of the Monetary Policy Committee meeting held on 9 April 2014.

Before turning to its immediate policy decision, the Committee discussed financial market developments; the international economy; money, credit, demand and output; and supply, costs and prices. The Committee noted a letter from the Chancellor setting out the remit for the Committee over the following year, in accordance with Section 12 of the Bank of England Act.

The estimate for UK GDP growth in the fourth quarter had remained unchanged at 0.7%. The mix of expenditure had been revised a little, but still pointed to a broadening of the recovery from household to business spending. Consumption growth in Q4 had been revised up to 0.3%, but remained weaker than earlier in the year. The contribution of net trade to Q4 growth had been revised up to 1 percentage point on the back of very strong estimated export growth, some of which appeared unlikely to persist. While the trade deficit had narrowed in Q4, the overall current account deficit had remained at around 5½% of GDP, following a sharp deterioration in net investment income. Having averaged around ¼% of GDP over the previous year, the deficit on net investment income had widened to 2.5% of GDP in Q4. The suddenness of the latest deterioration in net investment income suggested that a portion might be erratic and reversed in due course.

Output had grown consistently across all sectors in January and February. Industrial production had risen by 0.9% in February, with manufacturing output growing by 1%. The signal from business surveys had remained strong in March, albeit a touch softer than in the previous three months. Bank staff’s central expectation of the final estimate of growth in 2014 Q1 had been revised up to 1.0%, with growth in the second quarter expected to be only a little weaker.

Some of the near-term indicators suggested that household spending growth had strengthened in the first quarter. Retail sales had grown by 1.7% in February, above Bank staff’s expectations, and new car registrations had risen by 2.5% in Q1, mainly due to a 6.2% increase in private registrations. But, against this, some housing market indicators had been weaker than expected. After several months of growth, loan approvals for house purchase had fallen by around 10% in February; it was not clear what had driven this fall. The average of the lenders’ house price indices had fallen by 0.2% in March. Smoothing through the monthly volatility, however, house prices were growing nationally at a little under 1% a month on this measure, with stronger growth in London than in other parts of the country.

Household and business spending was likely to be supported by further easing in bank credit conditions. On the household side, credit conditions had improved markedly since the middle of 2012. Quoted two-year fixed rates on low loan to value (LTV) mortgages had fallen by around 140 basis points since the middle of 2012 and personal loan rates had fallen by over 250 basis points over the same period. The availability of high LTV mortgages had been increasing as lenders introduced new products, some of which were backed by the mortgage guarantee component of the Help to Buy scheme. Evidence from the Bank’s Credit Conditions Survey had suggested that the availability of high LTV mortgages was expected to increase further over the coming three months, but some lenders were reported to have limited appetite for such lending. Interest rates on credit cards remained elevated.

On the corporate side, there was a clear difference between the credit conditions facing large companies with access to the capital markets and those facing small businesses. According to the Deloitte CFO Survey, credit was perceived to be cheaper and more easily available for large companies than at any time since the survey began in 2007. By contrast, a range of evidence, including business surveys, suggested that credit conditions for smaller businesses remained more stringent than before the financial crisis. But there were several indicators, including from the Bank’s Credit Conditions Survey, suggesting that availability of credit for small businesses had improved over the past year. And, in a special survey conducted by the Bank’s Agents, relatively few businesses had identified credit availability as a major concern.

Despite the improvement in credit supply conditions, bank lending to businesses had remained weak: the three-month annualised growth rate of lending to private non-financial corporations (PNFCs) had fallen to around -5% in February on the headline M4Lx measure. The fall in net lending to PNFCs over the past year largely reflected weaker net lending to the commercial real estate (CRE) sector. This in turn had been associated with an increase in loan repayments in the second half of the year, rather than weakness in gross lending. To some extent, the pickup in loan repayments was likely to be a reaction to a partial strengthening in the CRE market and greater competition from non-bank lenders allowing some CRE businesses to refinance their existing loan facilities outside the banking sector.

Overall, there appeared to be scope for further improvement in credit supply conditions, especially in some specific higher risk segments, such as lending to small businesses, the CRE sector and for high LTV mortgages. Nevertheless, it was likely that credit spreads would remain high relative to their pre-crisis levels for some time to come and continue to represent a headwind to activity that would limit the extent to which policy rates would need to rise to contain future inflationary pressure.

The Committee set monetary policy to meet the 2% inflation target in the medium term, but in a way that helped to sustain the recovery. In pursuit of that objective, the Committee had, at the time of its August 2013 Inflation Report, provided guidance regarding the path of monetary policy. That guidance stated that the Committee did not intend to raise Bank Rate from its current level of 0.5% or to reduce its stock of purchased assets at least until the LFS headline unemployment rate had fallen to a threshold of 7%, subject to three ‘knockout’ conditions, relating to: the judged likelihood that inflation would not exceed 2.5% 18 to 24 months ahead; whether measures of medium-term inflation expectations remained sufficiently well anchored; and the impact of the stance of monetary policy on financial stability, as judged by the Bank’s Financial Policy Committee (FPC).

As the LFS headline unemployment rate had neared the 7% threshold, the Committee had provided further guidance regarding the setting of monetary policy once the unemployment threshold was reached. That guidance had been described in the February 2014 Inflation Report and stated that when Bank Rate did begin to rise, the appropriate path so as to eliminate slack over the next two to three years and keep inflation close to the target was expected to be gradual. The actual path of Bank Rate over the next few years would, however, depend on economic developments. Even when the economy had returned to normal levels of capacity, and inflation was close to the target, the appropriate level of Bank Rate was likely to be materially below the 5% level set on average by the Committee prior to the financial crisis.
Having fallen sharply through the second half of 2013, the LFS headline unemployment rate had been unchanged at 7.2% in the three months to January, and so remained above the 7% threshold set out in the Committee’s policy guidance of August 2013. The Committee’s assessment of the outlook and immediate policy decision therefore continued to be framed with reference to the guidance provided in August, including the three knockout conditions specified at that time.

There had been little change to the outlook for global activity, where the recovery appeared to be strengthening in the advanced economies and slowing a touch in the emerging economies. While there was a possibility of a more robust global recovery than currently expected, weaker data from China highlighted that downside risks to global activity remained. Committee members had a range of views on how material those risks would be for the UK economy. Global inflationary pressures were subdued, especially in the euro area where there was a risk that very low inflation would hinder the rebalancing process. The low levels of implied volatility for a range of asset prices seemed surprising.

Some increase in asset price volatility was likely as monetary policy in the advanced economies was brought back to a more normal setting. Monetary conditions had tightened a little over the month:

The domestic recovery was building momentum, with some signs of a modest rebalancing towards investment. The recent strength of both the business surveys and activity indicators was consistent with quarterly growth of close to 1% in the first half of the year. Demand was likely to be bolstered by improving business and consumer confidence and easier credit conditions. But there were downside risks to activity were the recent widening of the current account deficit to 5½% of GDP, driven by lower net investment income, to persist. Some housing market indicators had been a little weaker on the month, but house prices still showed considerable momentum, especially in London.

With employment growth slowing in recent months, it was likely that productivity had started to rise after several years of stagnation, thereby providing the foundation for more sustained real income growth. Nominal wage growth had picked up a little in recent months and it was possible that a sustainable rise in real wages and incomes, consistent with a durable recovery in demand and output, was in prospect. Cost pressures would rise if pay were to accelerate without an equivalent pickup in productivity growth. But there was also a risk that nominal wage growth would remain weak even as productivity picked up and that this would intensify the downward pressure on inflation. This would partly depend on whether the recent substantial rise in self-employment represented the continuation of a secular trend, reflecting personal preferences and changing industrial structures, or a disguised form of labour market slack. More generally, there was considerable uncertainty about the amount of slack remaining within the economy and Committee members had a range of opinions on this and the outlook for inflation in the medium term.

Regarding the knockout conditions, near-term inflationary pressure appeared to have eased further. CPI inflation had fallen to 1.6% in March. While inflation was likely to pick up somewhat in the coming months, all members agreed that the probability that it would be above 2.5% in 18–24 months’ time remained less than 50%. In addition, the news on inflation expectations had been mainly to the downside, such that medium-term inflation expectations remained sufficiently well anchored.

At its meeting on 19 March 2014, the FPC had agreed that, in the light of its assessment of the current risks to financial stability, the stance of UK monetary policy did not pose a significant threat to financial stability that could not be contained by the substantial range of mitigating policy actions available to the FPC, the Financial Conduct Authority and the Prudential Regulation Authority in a way consistent with their objectives. This had been communicated to the MPC.
All Committee members agreed that neither of the price stability knockout conditions that would override the policy guidance provided in August 2013 had been breached; and the FPC had agreed that the financial stability knockout had not been breached. With unemployment remaining above the 7% threshold, the Committee’s August 2013 policy guidance therefore remained in place and no member thought it appropriate to tighten, or to loosen, the stance of monetary policy at the current juncture.

The Governor invited the Committee to vote on the propositions that:

Bank Rate should be maintained at 0.5%;

The Bank of England should maintain the stock of purchased assets financed by the issuance of central bank reserves at £375 billion.

To read the full minutes, visit: