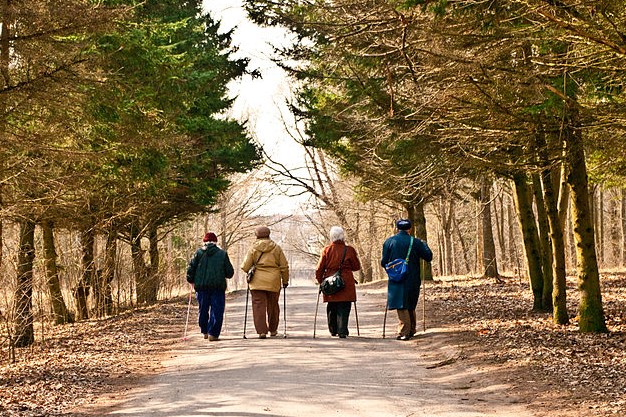 As the populations in both Canada and the United States age, there has been an increase in the amount the elder abuse cases on both sides of the border.

When the topic of elder abuse is mentioned, most of us immediately think of physical  or verbal abuse.  However, it’s important to note that financial elder abuse, which is defined as the illegal or unauthorized use of another individual’s money or property, is one of the most common forms of elder abuse. The problem has in fact become so rampant, a news story out of the U.S. in mid-February called financial elder abuse an “epidemic”, with American seniors losing more than $30 billion USD annually as a result of the problem.

“It’s the easiest crime to do and most lucrative,”said Lisa Chittaro, an assistant state attorney in Florida. “All you've done is gain somebody's trust. You don't use a gun or a knife, you just ask, and it is the ultimate betrayal.”

Senior abuse for monetary gain has also reached an all-time high in Canada, with more than 750,000 elderly Canadians reporting incidences of abuse in 2015. Of these, financial abuse was the most prevalent.

In a 2016 study examining national abuse rates, researchers found adult children or grandchildren are responsible for committing 37 percent of financial abuse, while 10 percent is committed by a stranger.

“It’s a hidden problem, it’s a silent problem, people don’t want to talk about it because they’re upset,”said the study’s author Lynn McDonald. “It’s their family they love, their kids, that may steal their money.”

When you consider that only 18 percent of the baby boomer generation has reached 65, it is easy to understand how timely and relevant the issue is. It’s an issue further compounded by the growing rates of dementia and cognitive impairment caused in part by a growing segment of the population that is over the age of 65.

“The risk of dementia doubles every five years after the age of 60, with 20 percent of seniors over 80 being afflicted,”notes a monthly newsletter from the Canadian Foundation for Advancement of Investor Rights (FAIR). “Another 30 percent suffer from cognitive impairment, not dementia (CNID), which means half of people over the age of 80 have lost their ability to make significant financial decisions.”

For Mascard, combatting financial elder abuse begins with awareness and making a priority of having the proper legal documents in place, so that if there comes a time when one is no longer able to make sound financial decisions, they have someone they can trust to oversee their financial best interest.

“Financial literacy and ongoing education are very important first steps,” explained Paul Mascard. “Having estate documents in place, like a Will, Power of Attorney, any Long Term Care documents, is also an important part of safeguarding against financial abuse.  Unfortunately, many people put off completing these important legal documents and that can jeopardize their financial future and security.”

Taking proactive action is key to setting up the appropriate safeguards and protocols to protect an aging person’s finances. Relying on family when you are unable to make the decisions can leave you vulnerable to money mismanagement and theft.


Mascard also encourages his clients, and the elderly in general, to ask questions when it comes to their money. Seeking out the guidance of a professional such as a financial advisor or attorney is an intelligent way to get an unbiased second opinion when it comes to family money matters.

Keeping copies of important financial and personal documents in a safe place, as well as a record of all loans, is another important step to reducing the likelihood of falling prey to elder financial abuse.

While the sharp increase in elder abuse rates is alarming, experts believe a large amount of abuse goes unreported. Thinking about facing reduced cognitive abilities is scary, however putting a plan in place today can prevent and protect you in the future.