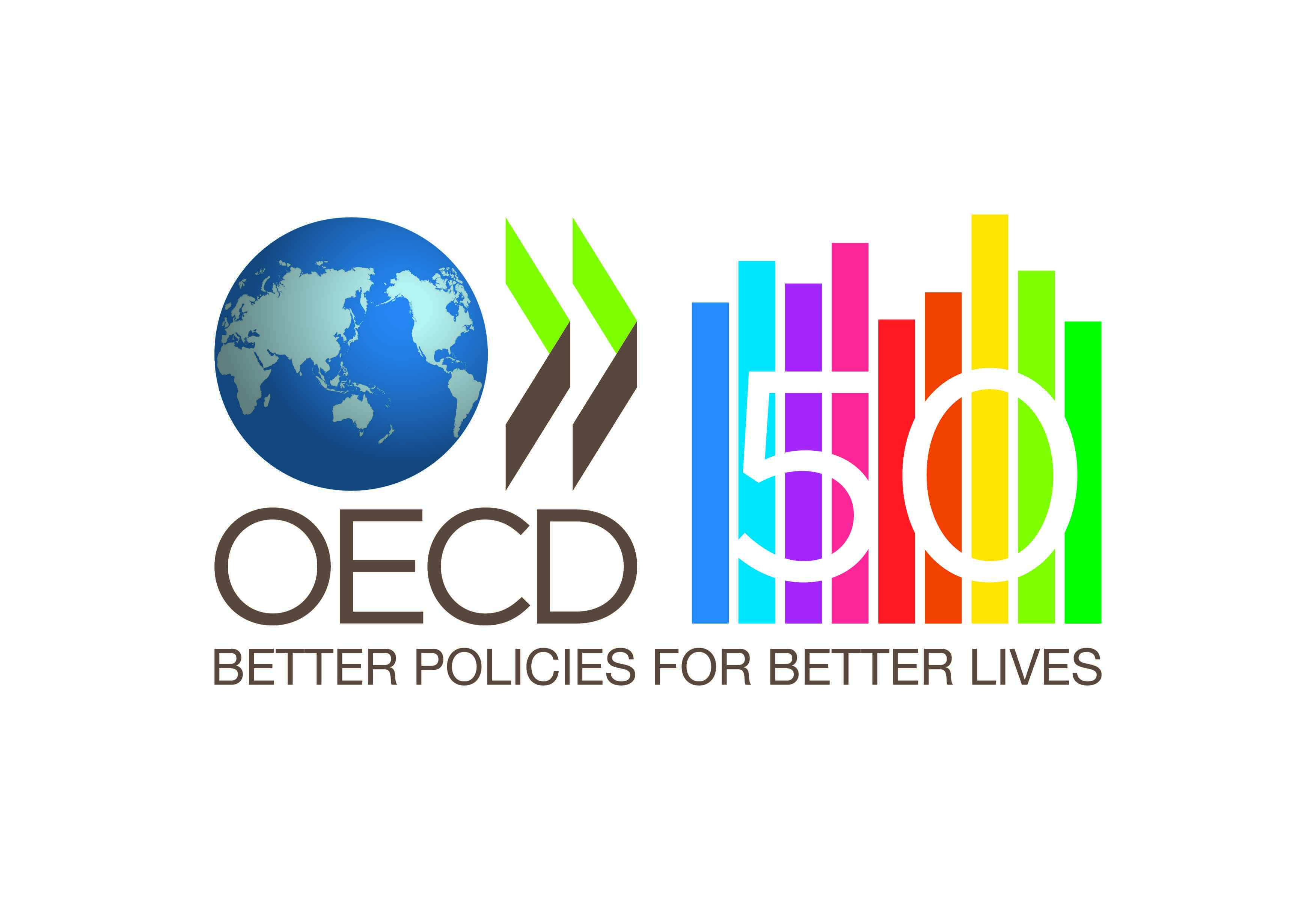 OECD: Your guide to BEPS (Base Erosion and Profit Shifting)

In an increasingly interconnected world, national tax laws have not kept pace with global corporations, fluid capital, and the digital economy, leaving gaps that can be exploited by companies who avoid taxation in their home countries by pushing activities abroad to low or no tax jurisdictions. This undermines the fairness and integrity of tax systems. The project, quickly known as BEPS (Base Erosion and Profit Shifting) looks at whether or not the current rules allow for the allocation of taxable profits to locations different from those where the actual business activity takes place, and what could be done to change this if they do.

At the request of G20 Finance Ministers, in July 2013 the OECD launched an Action Plan on Base Erosion and Profit Shifting (BEPS), identifying 15 specific actions needed in order to equip governments with the domestic and international instruments to address this challenge. The plan recognises the importance of addressing the borderless digital economy, and will develop a new set of standards to prevent double non-taxation. This will require closer international co-operation, greater transparency, data and reporting requirements. To ensure that the actions can be implemented quickly, a multilateral instrument to amend bilateral tax treaties will be developed.

This Action Plan was fully endorsed by the G20 Finance Ministers and Central Bank Governors at their July 2013 meeting in Moscow as well as the G20 Heads of State at their meeting in Saint-Petersburg in September 2013. The actions outlined in the plan are aimed to be delivered within the coming 18 to 24 months. For the first time ever in tax matters, non-OECD/G20 countries are involved on an equal footing.

Base erosion and profit shifting (BEPS) refers to tax planning strategies that exploit gaps and mismatches in tax rules to make profits ‘disappear’ for tax purposes or to shift profits to locations where there is little or no real activity but the taxes are low resulting in little or no overall corporate tax being paid.

In most cases they are not.  Largely they just take advantage of current rules that are still grounded in a bricks and mortar economic environment rather than today’s environment of global players which is characterised by the increasing importance of intangibles and risk management. That said, some of the schemes used are illegal and tax administrations are fighting them.

Why is this relevant if it is all legal?

It is relevant for a number of reasons. First, because it distorts competition: businesses that operate cross-border may profit from BEPS opportunities, giving them a competitive advantage over enterprises that operate at the domestic level.  Second, it may lead to inefficient allocation of resources by distorting investment decisions towards activities that have lower pre-tax rates of return, but higher after-tax returns.  Finally, it is an issue of fairness: when taxpayers (including ordinary individuals) see multinational corporations legally avoiding income tax, it undermines voluntary compliance by all taxpayers.

What is the cause of BEPS?

BEPS strategies take advantage of a combination of features of home and host countries’ tax systems. Corporation tax is levied at a domestic level. The interaction of domestic tax systems means that an item of income can be taxed by more than one jurisdiction, thus resulting in double taxation. The interaction can also leave gaps, which result in income not being taxed anywhere. Corporations have urged bilateral and multilateral co-operation among countries to address differences in tax rules that result in double taxation but at the same time have exploited them so that income goes untaxed everywhere. The report, Addressing Base Erosion and Profit Shifting, identifies a number of circumstances that, combined in different forms, give rise to opportunities for BEPS.

What is the OECD’s role in addressing BEPS?

Many BEPS strategies take advantage of the interaction between the tax rules of different countries, making it difficult for any single country, acting alone, to fully address the issue. There is thus a need to provide an internationally coordinated approach which will facilitate and reinforce domestic actions to protect tax bases and provide comprehensive international solutions to respond to the issue. Unilateral and uncoordinated actions by governments responding in isolation could result in double – and possibly multiple – taxation for business. This would have a negative impact on investment, growth and employment globally.  The BEPS Action Plan provides a consensus-based plan to address these issues and is part of the OECD’s on-going efforts to ensure that the global tax architecture is equitable and fair.

What does the BEPS Action Plan say?

It sets forth 15 actions to address BEPS in a comprehensive and coordinated way.  These actions will result in fundamental changes to the international tax standards and are based on three core principles: coherence, substance, and transparency. The Action Plan also calls for further work to address the challenges posed by the digital economy. Looking toward innovative approaches to deliver change quickly, the Action Plan calls for a multilateral instrument that countries can use to implement the measures developed in the course of the work. While the OECD steps up its efforts to address double non-taxation, it will also continue work to eliminate double taxation, including through increased efficiency of mutual agreement procedures and arbitration provisions.

What actions will be carried out in the context of BEPS?

Domestic tax systems are coherent – tax deductible payments by one person results in income inclusions by the recipient. We need international coherence in corporate income taxation to complement the standards that prevent double taxation with a new set of standards designed to avoid double non-taxation. Four actions in the BEPS Action Plan (Actions 2, 3, 4, and 5) focus on establishing this coherence.

Current rules work well in many cases, but must be modified to prevent instances of BEPS. The involvement of third countries in the bilateral framework established by treaty partners puts a strain on the existing rules, in particular when done via shell companies that have little or no economic substance:  e.g. office space, tangible assets and employees. In the area of transfer pricing, rather than replacing the current system, the best course is to fix the flaws in it, in particular with respect to returns related to over-capitalisation, risk and intangible assets. Nevertheless, special rules, either within or beyond the arm’s length principle, may be required with respect to these flaws.  Five actions in the BEPS Action Plan focus on aligning taxing rights with substance (Actions 6, 7, 8, 9, and 10).

Because preventing BEPS requires greater transparency at many levels, the Action Plan calls for: improved data collection and analysis regarding the impact of BEPS; taxpayers’ disclosure about their tax planning strategies; and less burdensome and more targeted transfer pricing documentation.  Four actions in the BEPS Action Plan focus on improving transparency (actions 11, 12, 13, and 14).

How will the actions be implemented? How long will it take?

The BEPS Action Plan calls for the development of tools that countries can use to shape fair, effective and efficient tax systems. Because BEPS strategies often rely on the interaction of countries’ different systems, these tools will have to address the gaps and frictions that arise from the interface of these systems.  Some actions, for example work on the OECD Transfer Pricing Guidelines and the Commentary to the OECD Model Tax Convention, will result in changes that are directly effective.  Others will be implemented by countries through their domestic law, bilateral treaties, or a multilateral instrument.

Addressing BEPS is critical for most countries and must be done in a timely manner so that concrete actions can be delivered quickly before the existing consensus-based framework unravels. . At the same time, governments need time to complete the necessary technical work and achieve widespread consensus. Against this background, it is expected that the Action Plan will largely be completed in 2 years.

How will G20 countries that are not members of the OECD be involved?

The work on BEPS, launched by the OECD, is now strongly supported by the G20 where it is a key item on the Finance Ministers’ and of the Leaders’ agenda. Non-OECD G20 countries were involved in the work and all (Argentina, Brazil, China, India, Indonesia, Russia, Saudi Arabia and South Africa) participated in the meeting of the Committee on Fiscal Affairs where the Action Plan was adopted. The continued participation and endorsement of all G20 countries will be critical to guarantee a level playing field and prevent inconsistent standards. To this end, and in order to facilitate greater involvement of major non-OECD economies, the “BEPS Project” has been launched, and interested G20 countries that are not OECD Members will participate in the project on an equal footing. Other non-members could be invited to participate on an ad hoc basis.

Will developing countries be involved? How will their concerns be addressed?

Developing countries also face issues related to BEPS and the work will take into account the specificities of their national legal and administrative frameworks. In this respect, the Global Fora on Tax Treaties, on Transfer Pricing, on VAT and on Transparency and Exchange of Information for Tax Purposes will be useful platforms for developing countries to provide relevant input as will the Task Force on Tax and Development.  In addition, the CFA will benefit from the input of the UN, which has been an observer to the CFA since January 2012.

Will the BEPS Action Plan put an end to offshore tax evasion?

The work on BEPS focuses largely on legal tax planning techniques rather than offshore tax evasion, which is illegal. However, other work being carried out by the OECD and the OECD Global Forum on Transparency and the Exchange of Information is focused on combatting offshore tax evasion.

Based on this work, many jurisdictions have taken concrete actions to improve their legal framework and practices to ensure transparency and effective exchange of information to combat offshore tax evasion. Though there is still room for improvement, the current results are impressive.

How will the BEPS Action Plan affect “tax havens”?

The BEPS Action Plan aims to end the use of shell companies used to stash profits offshore or unduly claim tax treaty protection and neutralise all schemes that artificially shift profits offshore. Though the BEPS Action Plan is not about dictating whether countries should have a specific corporate income tax rate, it will have an impact on regimes that seek to attract foreign investors without requiring any economic substance.
There is a public consultation on Tax Challenges of the Digital Economy on the 23rd April 2014. The meeting will be broadcast live on the OECD website.

The details can be found here: http://www.oecd.org/tax/comments-action-1-tax-challenges-digital-economy.htm