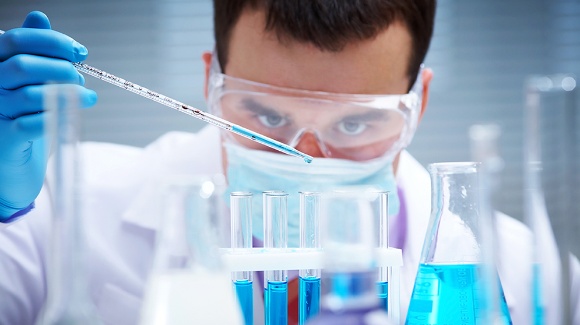 After a decade of decline, pharmaceutical and life sciences companies may have finally turned a corner in their efforts to get more from their substantial investment in research and development, according to new research from KPMG.

The report, Growing the pipeline, growing the bottom line: Shifts in pharmaceutical R&D innovation, indicates that despite the pharmaceutical sector investing more money in R&D than any other, the estimated cost of bringing a new chemical or biological entity to market more than trebled between 2004 and 2013 to US$1.5 billion. Meanwhile, the number of annual US Food and Drug Administration (FDA) approvals for new molecular entities – a good indicator of innovation – fell from 32 in 1990 to an average of just 23 between 2001 and 2010.

However, the tide now finally appears to be turning. Chris Stirling, head of KPMG’s global life sciences practice, explains: “Although many established blockbusters have fallen off the patent cliff, there is still an urgent need for fresh sources of revenue. The good news is that the number of FDA approvals between 2011 and 2013 has climbed back to the high averages seen in the early nineties – sparking renewed hope in the industry’s ability to come up novel drugs.”

Nevertheless, this trend should be treated with caution. Chris Stirling believes:"Ultimately the increase in new product approvals will only improve returns if the cost of development reflects both the likely reduced patient populations as medicines become more 'personalised' and the more difficult global pricing ‎environment.”

Executives across the industry appear to share this high degree of optimism over the potential for breakthroughs in drug development. Seventy percent of those surveyed believe their companies are enjoying a resurgence in research productivity, while more than half are satisfied with their portfolio’s ability to address unmet medical needs.

While regulatory authorities have contributed to this revival by cutting back on red tape, simplifying and speeding up the approval process, the industry has also made concerted efforts to improve productivity.

Chris Stirling said: “One notable phenomenon is the trend for R&D outsourcing and collaboration. Indeed, our report suggests that, globally, the amount spent on drug discovery outsourcing is forecast to double to US$25 billion by 2018, with almost two-thirds of respondents indicating that at least half of their R&D budget will be spent externally over the next five to ten years.

Despite significant progress, however, the report finds considerable frustration with the levels of organisational bureaucracy. Seventy-two percent of the executives in the study claim that excessive administrative work prevents scientists from devoting time to research.

“The sheer size and complexity of big pharma is partly to blame,” argues Chris Stirling. “Some of the more enlightened players are looking at alternative models of R&D, creating smaller, autonomous divisions to carry out early phase development.”

One of the main challenges to productivity is managing risk without restricting innovation. Given the huge sums spent on R&D, there is a big temptation to take the conservative route rather than seek genuinely exciting new compounds. KPMG’s report suggests that many pharma companies are still struggling to determine their risk appetite. Over half of the executives polled are concerned with over-subjectivity in decision-making – while others say their organisations are too cautious.

Chris Stirling believes this uncertainty can lead to less than ideal choices: “In the absence of reliable, definitive data, the opinions of the most powerful and influential project leaders can often prevail. The move towards value-based pricing – where payers link payment for a medicine to the value – can and should sharpen the R&D focus on clinical and commercial effectiveness.

KPMG’s report highlights a number of ways in which the pharmaceutical sector can improve R&D efforts. In particular, Chris Stirling advocates placing the patient at the heart of the R&D process. He said: “Value should be measured in terms of outcomes and improved quality of life - and this should dictate decisions across all phases of the discovery cycle. We need a wider range of metrics that consider patient health and wellbeing - not just financial return on investment.”