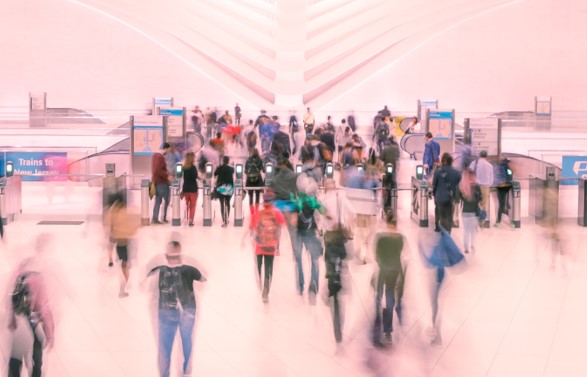 Signs We Are on Our Way to a Cashless Future

If you want to see what a cashless future will be like, go to Sweden.  Only 15% of current purchases are cash transactions and shops carry signs saying, ‘no cash accepted’.  Within five years, cash will be all but extinct in Sweden. Urban dwellers in the UK no longer carry cash, confident that their contactless cards will cope with all their needs and with the closing of around 400 ATMs a week, in the UK, cash is becoming increasingly difficult to get your hands on. The first coins were made around 5,000 BC, cash has had a good run for its money, it’s time to move on.

You have to make it, you have to store it, you have to count it, you have to replace it.  Suddenly cash is beginning to look like a very archaic system.  It’s easy to see why governments are in favour of a cashless society.  No cash, no cash motivated crime. Cash is easy to steal and difficult to trace. No cash means money laundering becomes more difficult.

We are becoming addicted to convenience, if it’s more convenient we’ll adopt it and we have grown to love our contactless payments.  Amazon’s dominance is rooted in its convenience, three clicks and it’s yours.  The days of riffling through your pockets, because you know you’ve got a twenty somewhere, are over.

The rise in popularity of virtual and prepaid cards

Prepaid cards are not linked to a bank account so they cannot be hacked.  They are loaded with a specific sum of money and the spending can be tracked via a mobile app.  If the card is lost or stolen, they can be frozen without the need to freeze an entire account.  This can be handy for personal use and business use alike.  A virtual card works in the same way but there is no physical card.  A randomly generated card number is linked to your credit account.  It looks no different from any other credit card number, but it cannot be traced by hackers.

Amazon is working on enabling shoppers to pay for purchases in its stores by using their palm prints and other providers, such as EMV, are developing biometric payment cards which will enable users to make contactless payments without an upper limit because their identity will have been confirmed with their fingerprint.  Some people are already using implanted microchips which utilize ‘near field communications technology’ to communicate wirelessly with in store terminals, enabling them to make payments.

Who will lose out?

‘He who gets hurt, will be he who has stalled…’  As in any technological revolution, those who lose out will be those who cannot access the new technology and who, consequently, remain stuck in the past.  The poor, wherever in the world they are, will not have the new technology and neither will they have the credit scores which give them admittance to this brave new world.  The old will find themselves in a bewildering world of abstract finance where numbers on a screen have replaced the reassurance of notes in your wallet.