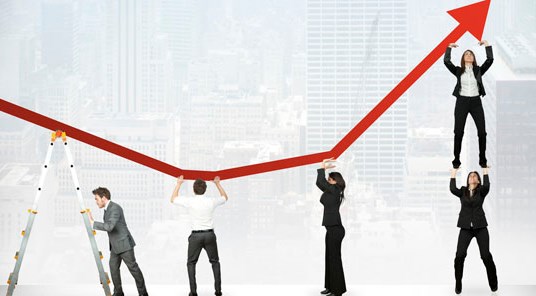 For some people, the NFL is a great way to while away some time during fall and winter. In fact, over 200 million people tune in at home to watch NFL games. With all the excitement, it's easy to forget that the NFL is actually a pretty big business and there is a lot that you can learn from some of their methods.

You're Selling an Experience

The NFL wants to sell as many tickets as they can, so much of their marketing and other efforts go toward that purpose. But that’s not their only goal. They know that not everyone can come to every game, so they factor that in. You can enjoy the game at home for free, but you're likely also supporting your favorite team or player by purchasing merchandise and you might even be adding a package on to your cable or satellite subscription just so you don't miss those games. And if that isn't enough? Think about how many people upgrade their home audio and video systems just in time for football season to kick in. The NFL is selling its fans an experience, and you should be, too. How can you capitalize on making your customers raving fans?

Shout from the Roof Tops

The NFL does not make its fans hunt for information. They have armies of websites, blogs, and sports channels trumpeting their information for all to hear. Fans of the NFL can find all the information that they could ever hope to want, whenever they want it. Do your customers and fans have the same ability? Maybe it's time to hire a PR firm who can shout from the rooftops for you. A great PR firm can do so much more, though. They can help you to make sure you stay on message, giving your customers a unified theme.

Off Season? What's That?

If you know many football fans, you probably also know that they don't just love football from the time the season starts until the Super Bowl ends. Even though teams aren't hitting the gridiron, that doesn't mean nothing is happening. There are always drafts, charity events, and all sorts of other NFL activities going on. Do the same for your business. When there are lulls or time that are naturally more quiet, look for ways to keep your fans engaged.

Know Your Superstars, But Don't Overvalue Them

In football, the stars are undeniably the quarterback. The QB gets chased down by the opposing team's defensive line and, often against all odds, he can make a touchdown happen. The NFL definitely values their quarterbacks, but sometimes they overvalue them, leading to ego problems and harsh feelings. You can learn from this, too, though. Learn who your superstars are and nourish their development. You don't want to go overboard, but treating every employee exactly the same devalues their individuality, too. It's a fine line to walk, but it's possible. If your superstar quarterback is going for an MBA, encourage that goal and do what you can to support it.

This happens in a literal sense in every game, of course, but the NFL itself hasn't always had a stellar track record here. Some of the largest issues facing professional football, including player safety, are issues that the NFL has been slow to address. That's left fans and players both with a trust issue that can have far-reaching effects. Don't go that route in your own business. When you identify the biggest threats to your business, regardless of whether they're external threats or internal ones, address them right away. You'll have the advantage of not hiding from those threats.

Learn from Your Competition

Every team in the NFL is in competition with each other. They all work hard, play hard, and devote their all to being the best players that they can be. They're all there for the same purpose: To win. And some days, that's not enough for even the best teams. What you can learn from this is that your competition is in the same boat. You're all planning and working hard, so don't underestimate what they can do. Chances are good that they're not planning to underestimate you, either, and they shouldn't. Grow, evolve, and let your business do the same.

Take notes from the examples that large entities like the NFL can offer. They can show you both what to do and what not to do in your own business.