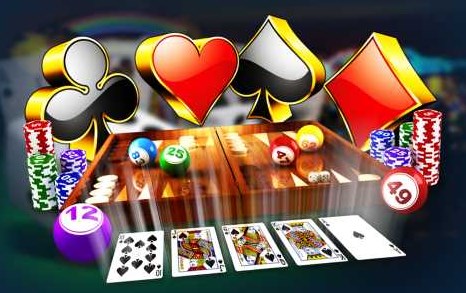 The Rise and Rise of NetEnt AB

There is a lot of competition between providers in the casino gaming software industry. These companies typically develop a significant amount of games per year. Having their games available at leading online casinos is the goal of each software provider. NetEnt AB is one of the most successful and oldest casino software providers.

A Story that Began Two Decades ago

The history of NetEnt, previously known as Net Entertainment began 20 years ago, in 1996 when the company was founded. NetEnt AB (AB is an abbreviation used for corporations in Sweden) is a Swedish company and it is traded on the Stockholm Stock Exchange. Many casinos feature NetEnt’s software and this guide will give you detailed and accurate information on the best NetEnt casinos.

It would take a lot of time and space to list and name all of NetEnt’s achievements over the years, but the following facts will be sufficient for you to realise how successful this company has really been.

The first NetEnt casino was established in 2002, six years after the company was founded. Seven years later it was listed as part of Nasdaq OMX. That alone is a clear indicator that we’re talking of a reliable company with a serious reputation. Fast forward seven years later, and there still aren’t many companies which are publicly listed and traded.

Mobile Gaming Is the Future

NetEnt quickly realised that mobile gaming is the future of the gaming industry. In 2011 the company launched its first mobile game. Now, it is the leading mobile casino game provider and its NetEnt Touch app enables casino gamers to have smooth and authentic gaming experience on the move. NetEnt’s games can be played on multiple mobile devices, including Android, iOS and Windows smartphones and tablets.

Just mention the name NetEnt to any casino gamer and s/he will probably think of his/her favourite game. However, it is very difficult to name only one game, as NetEnt has an abundance of thrilling game. The games are particularly well-known for their great animated features and great sounds. We had a really hard time trying to single out a few NetEnt games. We can say, though, that the following games are the most popular ones.

NetEnt’s management and all of its creative personnel put a strong accent on innovation. NetEnt Rocks – the newest series of original games certainly proves that. NetEnt Rocks is a trilogy consisted of three impeccable slot games based on 3 legendary Rock bands and individuals – Guns ‘N Roses, Jimi Hendrix and Motörhead.
The first two games are already out and available at multiple casinos, whereas the third is to be released soon. Not only do these games feature original symbols and intriguing bonus games, free spins and multipliers, but they are also enriched with original songs by each of the featured rock legends.

For example, if you’re playing Guns ‘N Roses, not only will you be able to win large amounts of money, but you can also enjoy their various hits like Welcome to the Jungle, Paradise City and Sweet Child of Mine. NetEnt really, really rocks.

The efforts and achievements of NetEnt AB have been valorised at several prestigious gaming awards, such as the Global Gaming Awards and the ERG Awards. In the past few years alone, NetEnt has won over a dozen of highly rated awards. We will name but a few of them:
.
It is more than certain that NetEnt AB will receive at least a few awards for its work in 2016 as well.