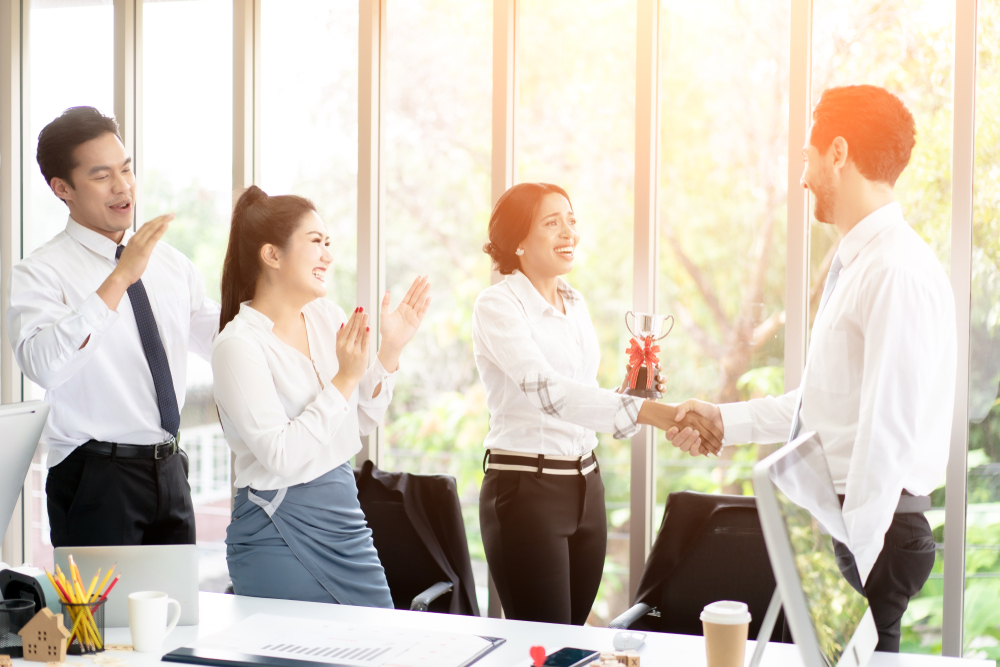 The Rise of Females in Previously Male-Dominated Industries

Based on a December 2019 report from the U.S. Bureau of Labor Statistics, women now outnumber men on the United States payroll, with just over 50% of female workers holding the majority of non-agricultural jobs. This recent trend is evidence that strides are being made by women to infiltrate historically male-dominated roles and spaces—hopeful news for Millennial and Gen Z females entering the workforce.

Many women do continue to face a gender bias in their chosen industries which male coworkers usually do not experience, and there is much ground still to cover in the fight for labor equality. Overall, women earn $.98 for each dollar that men with the exact same qualifications and credentials take home, notes research from PayScaleand this amount further decreases to $.97 for black women.

The data also confirms there are 40% of female managers and 3% of female c-suite executives, compared to 47% and 8% of males respectively. In addition, the 2018 Facts Behind the #MeToo Movement poll found that 38% of women endure sexual harassment at work, as opposed to just 13% of men.

Underrepresentation, injustice, abuse of power and discrimination remain systemic issues that women often face in their careers, but this does not minimize the efforts they have made to push through the barriers into once male-dominated sectors. With a higher female presence in these roles, more shifts toward equality are possible, so on this note, here are four industries that have seen an influx of women in recent years.

While the ratio between men and women in the entertainment industry is four-to-one, 2019 was a record year for female gains. San Diego University’s Celluloid Ceiling report determined that 20% of all director, writer, producer, editor and cinematographer roles on the top-earning films of 2019 were occupied by women—an overall increase from 16% in 2018. This might sound like a narrow uptick, but additional research from San Diego University shows that female directors are likely to hire women for other behind-the-scenes crew positions too. For instance, in projects helmed by women, 52% of the writing staff tends to be female which is reassurance to a new generation of creative women who aspire to work in some area of film or television.

In an online subculture that has been notoriously difficult for women to access a foothold in, the world of virtual games now boasts an increase in rising female stars, many of whom earn six-figures in professional tournaments. In fact, 55% of online gamers are women, reveals a 2019 survey from Chumba Casino, and although most females who have turned this pastime into a career tend to score less reward money than their male counterparts, the influence they have on platforms such as Twitch and YouTube is building momentum for more female gamers to come. One such trail-blazer is Sasha “Scarlett” Hostyn who has earned over $200,000 as an esports competitor, and was also named the Guinness World Record’s highest-paid woman player in 2016.

Many of the STEM fields (science, technology, engineering, mathematics) have been rife with gender inequality for decades, but as more Gen Z females enter the workforce, they can shift this precedent. 25% of these digital natives owned a smartphone before age 10 and, as a result, have interacted with major tech brands for most of their lives, points out a 2019 poll from HackerRank. Due to their familiarity in this arena, an estimated one in three Gen Z women learned how to code by 16 years old, the report continues, and 72% of females in this demographic know Java, while 59% know Python, and 70% know C++. This means there are numerous young women poised for jobs in information technology, computer science and software development.

This industry still has a long road to female inclusion ahead of it—on police forces, in particular—but while just 18% of the NYPD’s sworn officers are women, 68% of the department’s civilian employees are women, and research indicates that if more females pursued roles as officers, the culture of law enforcement could improve dramatically, The National Institute of Justice points out. Women in uniform have been found to receive fewer allegations of police misconduct and use less tactics of excessive force than male officers, according to this data. Females in law enforcement can also rectify how sexual assault or domestic violence cases are handled, notes the International Journal of Criminal Justice Sciences, which builds safer communities.


Female empowerment activist and global business leader Melinda Gates is quoted to have said, “When you lift women, you lift humanity,” and this is just as true in the workforce as it is elsewhere. The 2018 Delivering through Diversity report from McKinsey concludes that organizations with women on leadership teams and at decision-making tables outperform other companies in revenue by 21%, and also rank higher in both customer and employee satisfaction. As females continue to stake a claim in male-dominated spaces, both their skills and tenacity will impact business as a whole.