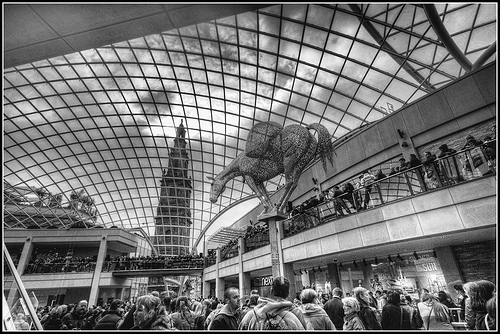 The Rise Of The Regions

By Webb Ward
Politicians of either wing may package it up differently, but there is a growing determination – right across the spectrum - to address the regional imbalance of Britain’s economic activity. The consensus is simply that something needs to be done to distribute the benefits of recovery beyond the already over-heated South East.

It is an entrenched problem. For example, the North of England’s share of national economic output has reduced by more than five per cent since 2004 (according the Office of National Statistics). And it’s not just the North that is suffering; four-fifths of net new jobs in the UK in the last four years were in London.

The capital has been sucking in jobs and investment to the detriment of the rest of country for decades. But it is now so seriously out of step with the remainder of the country that its dominance is increasingly being framed as a problem in its own right.

Chancellor George Osborne’s recent suggestion that the High Speed Rail redevelopment be extended to include a connection between Manchester and Leeds is just one illustration of the increasing political focus on the English regions. Shadow Chancellor Ed Balls has also been making much of the potential for jobs, growth and future economic stability that exists in the provinces.

In a report authored by Lord Adonis and published in early July Labour outlined detailed plans for a £30 billion redistribution of Whitehall resources to the regions. Labour’s intention – if elected - is to grant new city or county regions significant control their own budgets, with those funds targeted specifically at economic redevelopment.

Those newly configured regional authorities will also be allowed to retain any growth in their business rate in order to reinvest it in their own infrastructure and business development. Presently, all such funds go directly to the Treasury. The intention is to cut the central administration out of the loop to create a virtuous cycle of highly concentrated regional reinvestment.

Significantly, the Conservatives have already affirmed the underlying logic of this aspect of Lord Adonis’s proposition, although so far they are only allowing what amounts to half of that level of redistribution. In England, business rates raised about £22bn in 2012-13, and were charged on approximately 1.8m properties.

Whilst such moves may reflect a specifically political concern with regional regeneration (perhaps not surprising given the looming Scottish independence referendum and the forthcoming general election) there is no doubt that from a commercial perspective they do signal a striking opportunity for regional investors. Those who can boast the foresight and the ambition to have already committed themselves to business infrastructure projects outside the capital are well placed to make the most of this much heralded turn to the regions.

One such example is the Goodman Group’s spectacular Leeds Valley Park development in West Yorkshire, just a motorway junction away from Ed Balls’s constituency office. Goodman have delivered an entire state-of-the-art business park on the outskirts of a city which is clearly in the politicians’ thinking. Encouragingly, Goodman are finding that they are not alone is seeing the Yorkshire region as an area ripe for growth. Affirming Goodman’s foresight and commitment, Leeds offices to rent may soon be in short supply. Doubtless politicians of both major parties would be delighted if that were to be the case.

As ever, what politicians say they want to achieve may not translate precisely into action. However, that growing chorus of political voices - backed up as it is by practically oriented initiatives - suggest that the current movement towards economic recovery will be especially resonant beyond the confines of the capital.