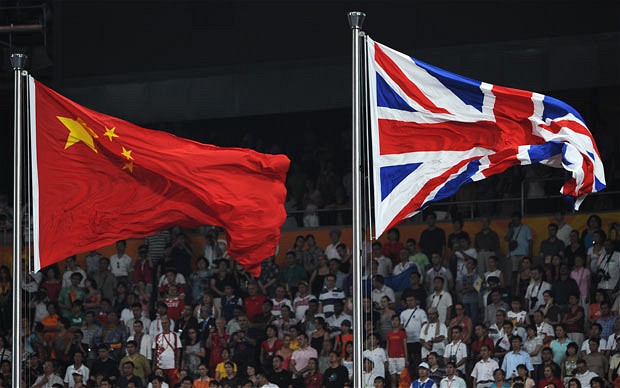 Businesses in the UK are much more optimistic about growing their trade than international competitors, but still lag in RMB use, a new survey from HSBC Commercial Banking has shown.

Nearly nine out of 10 UK companies already doing business in mainland China (86 per cent) expect trade to increase in the next 12 months. This compares with 63 per cent in France, 55 per cent in the US and 45 per cent in Germany.

However, just 14 per cent of UK businesses currently use RMB for cross-border business. This is lower than the global average (22 per cent), as well as France (26 per cent), Germany (23 per cent) and the US (17 per cent).

British companies may not realise the benefits of RMB usage. Less than half of UK respondents (44 per cent) believe that RMB gives them a relationship advantage with Chinese businesses, while two thirds of companies in Greater China (Mainland China, Hong Kong and Taiwan) say it gives foreign firms an advantage.

Mark Emmerson, UK Head of HSBC Global Trade & Receivables Finance, said: “UK businesses are very optimistic when it comes to growing their business with China, indeed more optimistic than many other countries. But not enough of them appreciate how big a part RMB use can play in gaining a competitive advantage.

“Chinese businesses are increasingly keen to do business with international partners who are using RMB. Now is the time for ambitious British companies to incorporate RMB as a tool for growing their business in the years ahead.”

With its global trade in goods surpassing US$4 trillion, China overtook the US to become the world’s largest trading nation in 2013. The IMF’s projections for incremental nominal dollar GDP show that China will add about US$850 billion to global demand this year; the equivalent of adding an economy the size of Indonesia to global trade flows.

As China becomes increasingly important to international businesses, the internationalisation of the RMB is creating new opportunities in trade, investment, cash management and funding. HSBC forecasts that a third of China’s trade will be settled in RMB by 2015, and that the currency will be fully convertible by 2017.

For its new survey, HSBC polled more than 1,300 decision-makers from mainland China, Hong Kong, Singapore, Taiwan, Australia, Germany, France, Canada, the UK, the US and the UAE who represent companies that conduct international business with or from China.