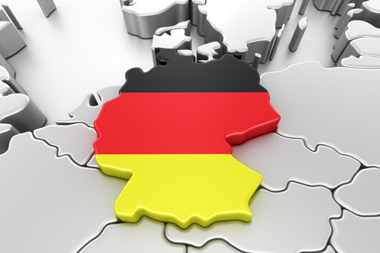 Eurozone growth is stuck in neutral, with Germany unlikely to ride to the rescue according to PwC economists in their latest monthly Global Economy Watch report.

In the aftermath of the financial crisis, the Eurozone relied on Germany to push up its economic growth rate. But in the absence of a pick-up of growth in the core economies of France and Italy – as well as in the Eurozone’s periphery economies – this over-reliance on Germany is becoming an issue.

Based on our projections, the Eurozone is not expected to regain its pre-crisis GDP level until 2016.  Germany and France have already passed this benchmark but our analysis suggests that Italy won’t achieve this until around 2023.

PwC economists have downgraded their main scenario growth projection for Germany’s GDP from 1.5% to 1.2% for 2014 and from 1.6% to 1.2% for 2015. Says PwC senior economist Richard Boxshall: “There are tangible signs that external shocks – notably the Ukraine-Russia situation – have affected Germany’s short-term outlook.”

The Centre for European Economic Research (ZEW) Indicator of Economic Sentiment, for example, has been on a downward trend since July this year and in October fell into negative territory for the first time since November 2012. This is expected to have wider implications on the third quarter Eurozone GDP figure, which will be announced on 14th November.

Meanwhile, the other major Eurozone economies are unlikely to be able to play a role in the search for growth impetus. Italy has fallen into its third recession since 2008 (although expected to grow modestly in 2015); and France has stagnated for the first two quarters of 2014 and, in the absence of substantial reforms to its product and labour markets, its outlook remains poor.

Says Richard Boxshall: “While Germany is still expected to achieve positive, if relatively modest, growth for the next two years and remain a key driver of Eurozone growth in the short-term, it does beg the question, how long is this going to last?”