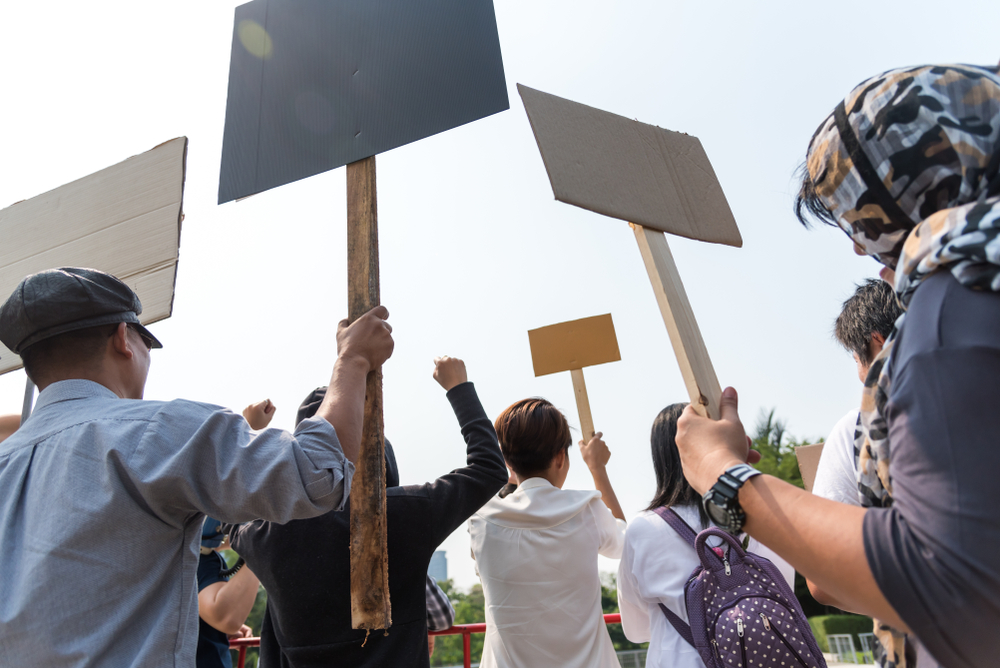 What to Know if Your Peaceful Protest Becomes Raucous

People have the right to peacefully assemble and protest virtually anything in the U.S., but anyone who dissents with your opinion is also allowed to counter-protest. The last time citizens saw large groups of protestors and counter-protestors butting heads was during the civil rights and anti-war movements of the 1960s. What started out as peaceful assemblies turned into bloody clashes in an instant, usually because of instigators or bad actors. So, what can you do to protect yourself, your rights, and your freedom if a peaceful protest you are attending turns violent? The real objective is to avoid getting into a confrontation, but here are all of your options.

Know the Law Before You Protest

Not all jurisdictions afford people the right to congregate in their downtown areas to march, protest, stage sit-ins, or otherwise peacefully assemble in the manners you may be most familiar with. In order to do so, you might need a permit or to get some type of permission from local officials to come together and voice your concerns. In addition, a state of emergency or instruction from law enforcement may force you to change your plans or risk being in violation of the law. In short, having the right to freedom of speech does not mean that you are automatically allowed to do so everywhere.

Be Able to Identify the Group Organizers

If safety is your main priority, then you will need to know what groups and organizations are affiliated with organizing the protest you want to attend. Know that any kind of demonstration led by groups considered to be on the fringe or extreme is very risky, even if you don't share the same views. Just being in their vicinity might cause you to be associated with negative ideas or potential outcomes. So, it is imperative that you be able to identify all group leaders before venturing off and being part of a protest of any kind.

Plan to Stick Together with Other Protestors

Whether you are going to be joining a large protest in a major city, or will be assembling in a smaller group, you should never go alone without planning to meet up with people you know or are associated with. First and foremost, arrests at peaceful protests are not completely uncommon. If you are detained, it could be a while before anyone knows where you are or what has happened. By protesting in a group, your friends and family can be immediately alerted in case you are arrested or otherwise detained. A fifth degree assault charge could be lodged against you for coming in contact with police in riot gear, even if you are not trying to harm anyone. Be aware of the fact that simply being present at a protest could lead to you being charged with a crime. Being in a group can also help you to get to safety more easily if you are in an organized group.

As seen with the numerous protests that went on during the summer of 2020, it is possible to be charged with a crime or be treated with physical force simply by participating in a peaceful protest. No one wants it to come to that, but the possibility is there. You can reduce your risk of facing assault charges by protesting in large groups organized by groups with a track record for calm, rational, and reasonable behavior.