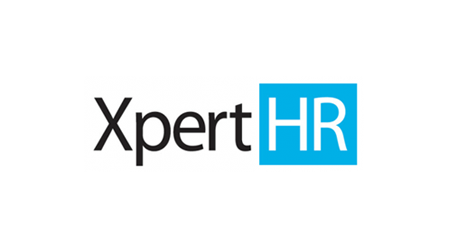 NEW PROVIDENCE, N.J., Dec. 17, 2014 /PRNewswire/ -- Two in every three employers are set to increase pay rates in the year ahead, with most looking to award an extra 3% in 2015, according to new XpertHR research. XpertHR's U.S. Pay Planning 2015 survey, which obtained forecasts from HR and reward specialists in 166 organizations nationwide, found that 64.8% are confident of making a pay award in the coming year. Just 7.5% said there would be no salary raises next year, with a further 27.8% unsure at survey time.

Other signs of improvement in the job market include a falling unemployment rate (below 6% for the first time in six years); a rising quit rate (2% of workers left their jobs in September because they wanted to); and strong job growth (employers added 214,000 jobs in October), according to the U.S. Department of Labor.

"This upswing reflects a mood of cautious optimism as the economy gets healthier and the number of long-term unemployed workers continues to drop," says Peggy Carter-Ward, Head of Content, XpertHR. "As the economic recovery continues to take hold, employers are also keeping a watch on their competitors to ensure they can recruit and retain the people they need."

The factors most commonly cited as driving up pay awards in the year ahead are improvements to employee productivity, better organizational performance and ability to pay, and the need to recruit and retain key employees. Pressure from employees to keep pace with rising prices is a relatively minor factor.

Across the board, in organizations of all sizes and in every sector of the economy, the forecast increase in the pay budget stands at a median (or mid-range figure) of 3%. Fewer than one in four expect to budget for less than that, while another one in four plans to add 4% or more to pay.

But in reality, the pay raises for many employees could be very different. Two in three pay awards are merit based, and that figure looks set to rise as employers say their top reward priority is to strengthen the link between pay and performance. The deck is also stacked in favor of senior managers, with one in four expected to take home a raise of 5% or more in 2015.

The XpertHR survey shows that the final few months of the year are among the busiest for those working in reward, with more than half (52.8%) of all organizations setting their pay budgets in the run-up to the end of 2014, and one in three awards (36.1%) taking effect in January.