The acquisition may mean SpaceX plans on using the Swarm technology to augment Starlink, the company's satellite internet service.

SpaceX might be preparing to augment Starlink through a new acquisition. Last week, the company told the FCC it was buying Swarm, a California startup that’s been working to provide low-cost internet connectivity through small orbiting “nano satellites.”

The application doesn’t go into detail as to why SpaceX is buying the startup. But in doing so, the company will be gaining access to Swarm’s intellectual property and research team.

“The Proposed Transaction will serve the public interest by strengthening the combined companies’ ability to provide innovative satellite services that reach unserved and underserved  parts of the world,” SpaceX wrote in the application. 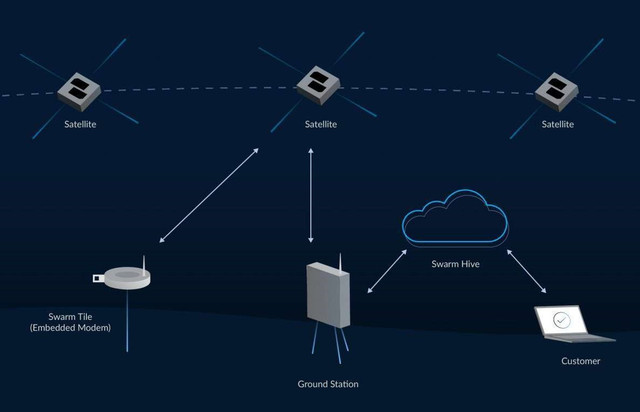 Like SpaceX’s Starlink, Swarm has also been working to provide satellite-based Wi-Fi connectivity to remote and rural regions of the globe. However, the startup has been focused on supplying internet connectivity to IoT devices, such as internet-connected equipment used on farms, oil platforms, and energy grids.

Swarm’s own fleet of satellites are quite small, weighing in at 0.8 pounds while spanning the size of a computer hard drive. The startup currently has almost 150 such satellites in orbit. An IoT device can then relay data to the satellites via a $119 transceiver or a $499 dish terminal.

Swarm has been charging $5 a month or $60 a year to beam data to each IoT device. However, the company’s satellite technology is merely designed to relay small packets of internet data to the IoT devices for sensor, GPS, and other tracking purposes. “The Swarm network is a store-and-forward system, and the satellites can store 4000 messages,” the startup’s website adds.

Still, the acquisition has us wondering if SpaceX plans on using Swarm to help it lower the costs or streamline the manufacturing of Starlink. The satellite broadband network is currently capable of delivering 50Mbps to 150Mbps download speeds. However, the company has been charging $99 a month for the service, in addition to a $499 one-time fee for the equipment. Over half a million people are currently on a waitlist to try out the service.

According to the SpaceX FCC application, the company entered into an agreement to buy Swarm on July 16. The agency will now need to approve the license transfer.