The 2015 Mergers & Acquisitions Awards Guide celebrates the achievements of dealmakers, management teams, financiers and professional advisors who, over the past 12 months, have demonstrated excellence in their deal making.

2014 was a fantastic year for mergers and acquisitions globally, with high deal volumes and valuations. Continuing this trend, Q1-2015 produced the richest first quarter for M&A activity since the $1.08 trillion worth of deals announced in Q1-2007.

Mergers & Acquisitions is currently one of the most buoyant markets and is set to play an important role in the continued economic growth. It is usually an essential part of growing a successful business, but mergers & acquisitions are also one of the most complex processes to undertake, and require the guidance of individuals who are specialists in their area.

After much in-depth analysis an elite group have been chosen to be honoured and acknowledged for their impressive performance over the past 12 months. 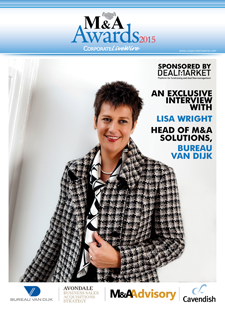