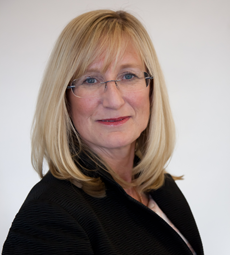 Frances is President of R3, the insolvency trade body as well as a Partner and Head of Insolvency and Business Recovery at Moon Beever in Holborn, London WC1. Her varied brief covers General insolvency, fraud, VAT, provisional liquidation and injunctions. One of her most interesting cases involved a German bankrupt fugitive from the German authorities whose colourful attempts to evade his creditors included: receiving cash glued into German magazines sent via DHL; creating claimants to the ownership of the substantial house he had resided in rent free for a decade and attempting to set up his own bank!

Through her involvement with R3, Frances has already appeared on SKY News, BBC Breakfast News and Channel 4 News and briefed MPs.

She was also Chair of R3’s Smaller Practices Group (SPG) giving smaller to medium size practices a route to lobbying and the media as well as technical support and guidance which the larger firms have with ease.

Hobbies
Her interests include all things equestrian and managing all the animals and children at home (or at least trying to). She is also a supporter of Plan International (sponsor a child), the NSPCC and Barnardo’s.
bodrum escort istanbul masĂ¶z