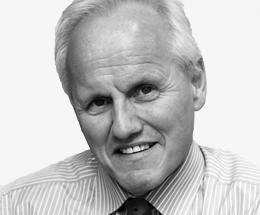 Stephen Hornsby ,an EU and competition law specialist, first got involved in the legal aspects of sport when he picked up a call from a Premier League chairman late one evening who asked whether the FA was right in saying that Bosman would lose in the European Court. Having given the(negative) answer that proved to be right, he was then involved in the fallout of that decision and thereafter acted for leading rugby clubs in England Wales and Scotland in their attempts to use competition law  to carve out some commercial headroom for themselves in a new professional sport. This involved a large amount of regulatory activity and High Court litigation- most of which was successful. At the same time he acted for leading clubs in cricket , ice hockey and handball as well as broadcasters of sporting events such as the Champions League. He represented Harlequins in the “Bloodgate “ affair and most recently obtained the quashing of a worldwide life ban of leading sports officials in a mediated solution. He has published numerous articles in leading journals on sport and the law and still plays tennis and cricket.