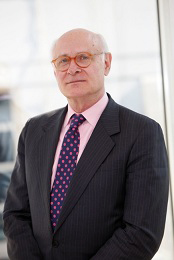 Selvyn Seidel founded and chairs Fulbrook Capital Management LLC, an institutional advisor in commercial claims. Fulbrook identifies, evaluates, manages, and arranges capital for commercial claimants to apply towards prosecuting meritorious claims. Fulbrook specializes in complex national and international claims, whether brought in the United States, or in another country. It has a special and in some important ways unique capacity and goal to assist in enhancing the value of the claim closer to its true value, reducing costs needed to prosecute the claim, and bringing more certainty to the process and costs involved.

Prior to Fulbrook, Mr. Seidel co-founded and chaired Burford Group Ltd., the investment manager for Burford Capital, LLC. Burford Capital went public on the UK Aim market of the London Exchange in October of 2009. It is now the largest institutional litigation funder in the world. Mr. Seidel is often identified as a leading voice and visionary in the funding industry.

Before entering the funding industry, Mr. Seidel practiced as a litigation attorney, and has over 40 years of experience in complex litigations and arbitrations. He represented business entities in diverse complex projects in the United States and abroad. Until December 31, 2006, he was a senior partner at Latham & Watkins, a leading international law firm. At Latham Mr. Seidel was a co-founder of Latham’s New York office in 1985, and was, at different times, the Chairman of its International Practice, the founder and Chairman of its International Litigation and Arbitration practice, and the Chairman of its New York Litigation Department.

Mr. Seidel was for ten years an Adjunct professor at New York University School of Law. He is an Advisory Board Member of the Center for International Arbitration law of New York University Law School. He is currently an Alumnus Lecturer at Linacre College, Oxford University. He is also a Board Member of Oxford Law Alumni of America. He lectures on the industry and participates in conferences and presentations at various leading law schools in the U.S. and UK, and at leading Institutes (such as the RAND Institute of Civil Justice). He has authored many papers and publications relating to Third-Party Funding of Commercial Claims. He is widely referred to and cited in the media.