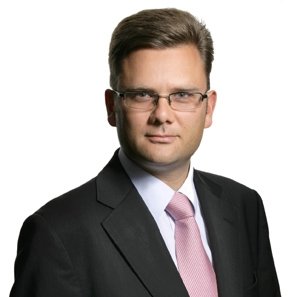 Neill is a highly experienced fraud and regulatory lawyer who is able to advise clients on the interface between business and regulatory practice and the criminal law.  He has particular expertise in advising and representing individuals, corporate clients, professional firms and financial organisations in areas such as market abuse and insider dealing, corruption, money laundering, cartels and price fixing, extradition, bribery and criminal/regulatory compliance.

He has advised on high profile investigations and proceedings brought by the Financial Services Authority ("FSA"), Serious Fraud Office, Revenue & Customs Prosecution Office, the Crown Prosecution Service, Department for Business Enterprise & Regulatory Reform and the Office of Fair Trading.  He has advised individuals who have become the subject of a disciplinary investigation in their professional capacity.

Neill also offers compliance advice and the development of bespoke compliance programmes in areas such as bribery and corruption and money laundering.  In particular, he has advised clients on the US Foreign Corrupt Practices Act and its implications for their business, particularly where they perform public contracts in "red flag" countries like Nigeria and China.  He is also advising on the impact of the UK Bribery Act and is helping clients devise suitable anti-corruption programmes. He has also provided extensive training on the subject world-wide. He also sits on the CBI Anti-Bribery Working Committee.

Neill regularly lectures on fraud related issues and has published many articles in various publications including the Financial Times and Fraud Intelligence. He is author of the chapter on "Overseas Assets", in the Sentencing & Confiscation Section of "Fraud: Law, Practice & procedure".  He is also a contributor to Mitchell Taylor & Talbots "Confiscation & the Proceeds of Crime".   He is on the legal panel for the BBC News, Channel 4 News, BBC Radio 4, Sky News, CNN and Newsnight where he has appeared and been asked to comment on various issues including the investigation into MP's expenses. Neill is also a Solicitor Advocate in the criminal courts where he represents both individuals and companies facing criminal charges.

Neill Blundell is recommended in both Legal 500 2015 and Chambers 2015 Guide, quoting that Neill is “very deliberate, careful and linear in his approach to defending a case” and "his attention to detail is first-class, he has an amazing ability to recall and has a lovely humility in the way he talks and deals with people.”