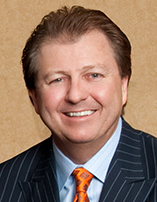 During the last 24 years, Edward Susolik has come to be known and respected as one of the top litigation attorneys in the Western United States.  Mr. Susolik is known for his powerful and aggressive interdisciplinary litigation practice, combining expert trial and courtroom advocacy skills with bold and decisive litigation strategies.

Mr. Susolik's many awards and accolades speak to his reputation in the legal community.  For example, Mr. Susolik has been recognized by his peers as one of the "Top 100 Attorneys in Southern California" for 2010, 2011, 2012, 2013 and 2014 - one of only a handful of Orange County attorneys given that distinguished honor by Super Lawyer Magazine.

Mr. Susolik's accomplishments are reflected in his many judicial victories.  For example, Mr. Susolik has recovered over $1.0 Billion on behalf of his clients during his career, including recent settlements of $50 Million and $28 Million, as well as hundreds of other seven and eight figure recoveries for his clients.  Similarly, Mr. Susolik has obtained hundreds of dismissals and judgments, de minimis settlements and even affirmative recoveries when representing clients on the defense.