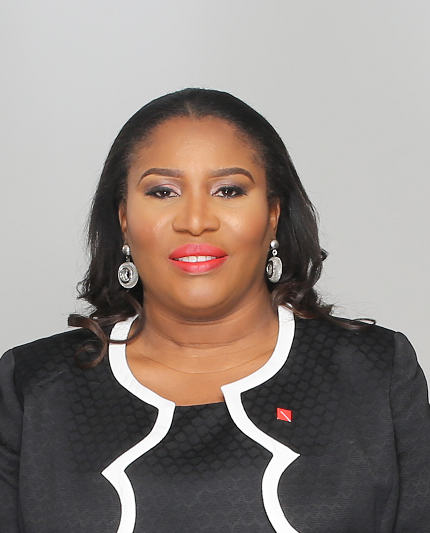 Prior to her appointment as the Group CEO, Toyin Sanni was CEO, United Capital Trustees Limited – a subsidiary of United Capital Capital Plc and a market leader in the Trustees business.

A Lawyer, Chartered Secretary and Stockbroker with over twenty-five years’ experience in Investor Services, Law and Finance, Toyin holds a Masters Degree, LLM (Hons), from the University of Lagos as well as the Professional qualifications of the I.C.S.A. UK, and the Chartered Institute of Stockbrokers (C.I.S.) Nigeria. She was a Council Member of the Institute of Chartered Secretaries and Administrators Nigeria, a Fellow and Vice President of the Association of Pension Funds of Nigeria (APFN), an Associate of the Institute of Directors Nigeria and President of the Association of Corporate Trustees Nigeria. Toyin has served on various committees and boards including the National Bond Steering Committee, the West African Capital Markets Integration Technical Committee and as Chairperson of the Custody Sub-Committee of the Capital Market.

Prior to joining the United Capital Group, she had set up and run successful Trustee, Asset Management and Leasing businesses. Toyin is a frequent speaker at various Seminars and Workshops, including International Investor Services events and conferences, Howard University Africa Business Conference Washington DC, the Global Custody Conference and the Network Managers Conference, and has served as a part-time lecturer of Business Law and Pensions Trusteeship at the University of Lagos / APFN Post-graduate program. Toyin has also participated in several training programs and seminars held in various countries by the Euromoney group, the New York Institute of Finance and the Robert Kennedy College, Switzerland.

Toyin has played leading roles in landmark deals such as the multi-trillion naira AMCON Bond Issues, the Lagos State Bond Programmes, the LaFarge WAPCO, UPDC and Flour Mills Debt Issues amongst many others. In 2007, Toyin led the establishment of UBA Global Investor services the Custody arm of the UBA Group which rapidly became a leading Nigerian Custodian and secured the mandates of major Global Custodians amongst others. She also held the position of Chairman of the Nigerian Capital Market Annual Retreat Committee for 2012 and 2013.