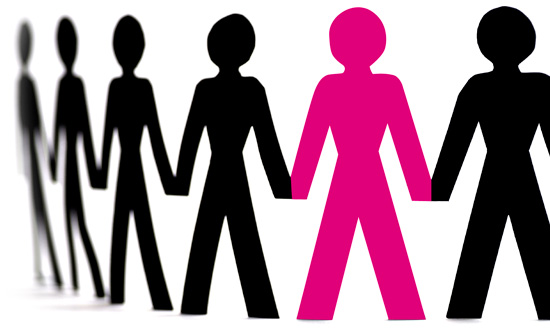 The number of employers making changes to working patterns in a positive move to try and reduce long-term absence levels has increased by 20% in the last year alone, according to figures released today by the CIPD, the professional body for HR and people development.

With absence levels on the rise again, employers are attaching growing importance to making changes to working patterns and environments, as a means of managing long-term absence levels: 85% of employers reported that they’d adjusted working patterns this year, compared to just 65% in last year’s survey.  This spike bucks the trend of previous years, with figures only marginally improving by 2% between 2010 and 2012.  What’s more, amongst those organisations who shared their experiences with us*, over 70% report that introducing flexible working opportunities in the past year has had a positive impact on absence levels.

Overall, two-thirds of working time lost to absence is accounted for by short-term absences of up to seven days.  A fifth is attributed to long-term absences (four weeks or more).  There are, however, significant sector differences.  Just under half of absence in the public sector is short term, compared with over three-quarters in the private sector.  Smaller organisations attribute a higher proportion of their absence to short-term leave compared with larger organisations.

The data suggests that employers are actively looking at what reasonable adjustments can be made at work to help employees return after a period of absence.  For example, small changes to working hours, such as 10-6 instead of 9-5, could help employees better balance their responsibilities in and outside of work.

The benefit of changes to working patterns has been recognised by many employers, with over 70% of organisations reporting a positive impact on employee motivation and employee engagement.  A further 46% also stated they were using flexible working options to support employees with mental health problems.

Flexible working patterns are also increasingly being used as a tool to manage short-term absence (2013: 62%, 2012: 53%, 2011: 54% and 2010: 51%).  This is particularly important given two thirds of working time lost to absence is accounted for by short-term absence.  Worryingly a quarter (26%) of organisations say ‘pulling a sickie’ is still a common cause of short-term absence, which is an increase on last year’s figure of 17%.

Dr. Jill Miller, CIPD Research Adviser and co-author of the report said: “It’s fantastic to see employers recognising the benefits of increased flexible working opportunities.  And it’s not just about benefits for employers in terms of being able to attract and retain talented people - over 50% of employees report that flexible working helps them achieve a better work–life balance generally, also citing that it makes them healthier, more productive and reduces the amount of time that they take off sick.
“Changing demographics, including more people with caring responsibilities and the abolition of the default retirement age, means more people are looking to work untraditional hours.  Offering more flexible working opportunities also helps to respond to the needs of the UK’s ageing workforce, in which older employees will increasingly need and want to work in different ways and with different hours as they move towards retirement.

“It’s really important for businesses to recognise new ways of working to support a diverse workforce and to retain talent.  Hopefully employees will now be able to better balance their work and home demands.”

Helen Dickinson, spokesperson for Simplyhealth UK said: “Getting flexible working right can lead to higher motivation levels, better productivity and increased flexibility.  Balancing both the needs of the company and the employee often results in happier and healthier employees and lower absence levels.

“The role of the line manager is essential.  Flexible working works well when line managers and employers are aware of the different lifestyle demands employees may have.  By helping employees to manage those demands better and perhaps adapting how, when or where the employee works can help to achieve greater commitment and motivation.  As well as the employer’s role, employees must recognise that flexibility is two-way and being adaptable to help the business succeed too.  It is about building an environment where the employee can have open and honest conversations about the challenges they are facing.”

CIPD/Simplyhealth will showcase key findings of the report and explore absence management and employee wellbeing trends on 7th November at the CIPD Annual Conference and Exhibition.