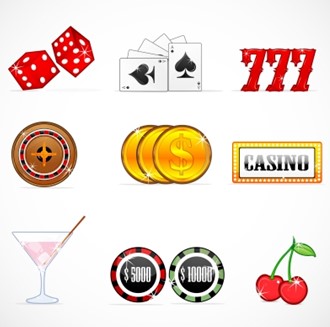 A Look at the Most Popular Online Slot Game Themes Today

It comes as no surprise that slot games are still one of the most popular casino games being played today. Slot games have stood the test of time, and one simple reason for this is the fact that they’re very easy to play. Most anyone can play slot games and get the gist of the game in just a few minutes. Nowadays, you can take advantage of slot games online as well – in fact, slot games online are fast overtaking the popularity of traditional, brick-and-mortar slot games. More and more players are signing up and finding that online slot games can give them the same – if not better – thrill that traditional slot games provide. Furthermore, slot games online come with a wide selection of themes, making the games even more exciting. Here’s a look at the some of the most popular online slot game themes today.
We all love watching films of every genre, especially when it comes to blockbusters. Slot game developers have quickly caught on to our love of films and have developed a great number of film themed slots that are available for free play as well as for real prize money. Often, these film themed slot games include a film’s lead or primary characters as symbols, and some major elements of the film as bonus features and symbols. Some of the most popular film themed slot games include The Lord of the Rings slot games, The Dark Knight slot games, Iron Man slot games, and more.
Yet another theme that’s popular for slot games nowadays is the video game theme. As the term implies, video game themes are slot games based on video games. One prime example of this is Warlords: Crystals of Power Slot, based on Cloud Quest, which is reminiscent of the Final Fantasy game.
Of course, along with films, we all love our television shows and series. Casino slot games based on television shows are popular as well since we are all familiar with and can relate to them. Whilst many television themed slot games are based on action and adventure television series’, there are some which are based on dramas. Some examples include The Price is Right, Jeopardy, Wheel of Fortune, and even Family Guy.
With innovations in technology, avid slot game fans can now take advantage of state-of-the-art 3D slot games, which feature amazing graphics and images. These 3D slot games also come in an array of sub-themes, from action and adventure to fantasy adventure, thrillers, horror films, and a lot more. 3D slot games are always worth a try if only for the unique experience and thrill alone.