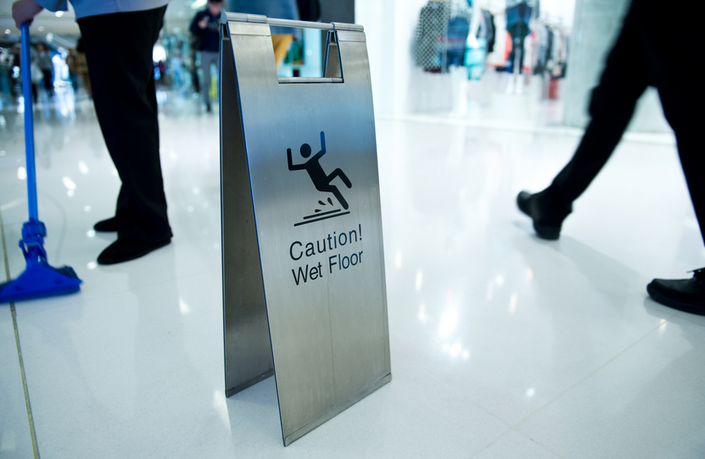 A quick guide to claiming compensation at work

It’s an unfortunately fact of life that accidents happen, but these accidents don’t always come with a ‘no one is at fault’ clause, especially in the workplace. In actuality, more often than not some form of negligence can be put to blame and, you guessed it, you could be entitled to some form of compensation. It’s likely that you’ve heard some form of advert on television or on the radio telling you over and over that you could get a payout if you’ve had an accident at work that wasn’t your fault, but how exactly do you go about claiming for that dislocated hip or broken arm compensation? You’ll have to read on to find out.

When it comes to claiming, a lot of people aren’t sure what they can or can’t claim for. Ultimately, what you can claim for depends on the solicitor that you choose, but we’ll get to that later. Instead, we’ve decided to give you an insight into some of the most commonly claimed-for accidents and those happen to be slips, trips and falls, and manual handling and lifting accidents. A slip or fall might not sound like much, but if we take 2013-14 as an example, the annual Health and Safety Statistics report claimed that the most common accidents involved trips and slips, with 8,000 injuries as a result. Cluttered walkways, fluid spillages, cables and inadequate lighting or hand and guardrails are usually the cause of such accidents, and are fairly easy to claim for. Similarly, injuries caused by manual handling and lifting can be claimed for if you never received adequate training as to how to correctly lift and transport heavy items. A little tougher, but still a common claim.

What you should do immediately after the accident

So what if you do happen to become victim to one of these accidents, or even something else entirely? Well, to start with you should record the accident in as much detail as possible. Include the date, the time, and any medical personnel who saw to you after your accident will also have an incident report of some kind. Every accident report, including that which you’ve filed through work, will act as evidence for your claim, so make sure you keep track of every report and what it says.

The process of claiming compensation

So now we come to making your claim, and the first step is to find a solicitor. If you believe you have reasonable grounds for a claim, then contacting a specialist solicitor is the next step. Face-to-face services are the better choice, as an accident at work could be traumatic and that more human touch to the service could do you a world of good, and make it easier to explain and show the effect it has had on you. This is also where you’ll be told what evidence you might need to collect together for the case.

Depending on the claim and the potential value put to it, the opposition could very well have a fixed time period in which to investigate the claim and respond accordingly. It’s a waiting game, but hopefully not a very long one!

The medical assessment is the next step in gathering the right evidence. Chances are you’ve already been to a doctor or medical professional, but this assessment will be with a specialist in the injuries you’ve sustained to assess the severity. They’ll provide you and the solicitor with a full report of the injuries, and the fixed valuation will finally be made.

This is where the claim is put to your employer, or the insurer of the opposition. Going by the evidence they’ll be given of your case, they can either confirm or deny liability, and either pay or not pay the compensation you are due. If they pay, then it’s settled, but if not? This is where the court case comes in.

It is possible to start court proceedings against the opposition, but it’s important to remember that courts come with legal fees – however, the judge will be there to decide whether or not you are entitled to compensation, and any other costs. The court case gives you an opportunity to negotiate and come to a better cost, though if they still refuse to pay anything, the court can order them to do so, as long as you have a strong enough case.

Claiming compensation from your employer or place of work can be a difficult and potentially stressful process but in most cases, you are entitled to the compensation you’re seeking out. Be wary of time limits and your employer going out of business to avoid any unexpected surprises, but as long as you have enough evidence and a strong claim, you never know what you could be entitled to.