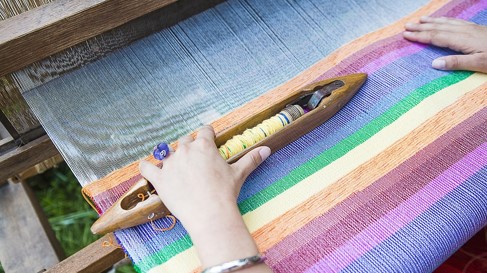 Manufacturing is a cornerstone of economic activity, fueling both local and global economies' most basic needs. Once a dominant presence in virtually every neighborhood and village, developed nations have increasingly shed manufacturing presences in recent decades due to a disparity in costs between them and developing nations.

The very same process that has led to unprecedented growth in these developing nations has led to more equalization among the two groups, making it possible for a resurgence in manufacturing throughout the UK, the US, and other developed nations.

A combination of factors is responsible for this. Examining them will provide further insight into the overall trend.

Despite recent news in the UK that short-term manufacturing has declined by more than in recent years, we have seen overall growth across the sector throughout most of the developed world.

Especially in the last five years, manufacturers in nations such as the United States have seen marked increases in output and production. Some of this is being fueled by the use of automated solutions – such as belt conveyor systems and 3D printing – but the broader effects as of late originate from wage pressure in developing nations.
The true cost of manufacturing in nations such as China has been steadily increasing for years, due to massive growth in these economies and a demand for better wages from workers. Since labor was the key factor in cost-savings for manufacturing abroad, such savings are now being offset by shorter lead times and shipping costs.
The end result is that a reversal of manufacturing in many developing nations is occurring, allowing many small manufacturers to reclaim lost market share or open new facilities for the first time in ages.

While different developed nations are seeing different outcomes, most have been enjoying an increase in manufacturing output since the end of the global economic downturn. Perhaps one of the best examples is the United States, where a combination of factors is affecting outcomes.

Technology, however, is providing an unprecedented advantage in the fight for greater market share. Most consider automation and technological influence in the manufacturing sector to be of a “hardware” variety – i.e. machines – but software solutions are increasingly providing increased efficiency.

Data and analytics are now making manufacturing more efficient than ever, along with new AI solutions and ERP software to further increase efficiency both on the floor and in the office.

With advances in strength, malleability, and efficiency of raw materials for manufacturing occurring on an annual basis, many developing nations are now capable of harnessing these gains to better compete on a global scale.
The use of injection molding and other forms of professional 3D printing have made even small-scale manufacturing operations competitive. This revolution in production has paved the way for a large percentage of manufacturing processes to be once again viable in developed markets, giving entrepreneurs and corporations alike the ability to compete domestically.

While significant challenges still remain, many developing nations have seen a turn-around in manufacturing in recent years. Such improvements may prove to be beneficial in balancing trade deficits, maintaining vital employment sectors and improving overall quality control for businesses and consumers alike.