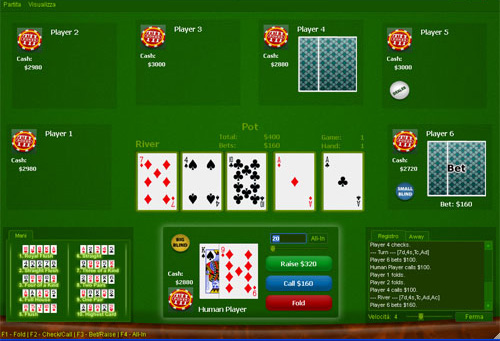 Online gambling has become a thorn in the side of regulators the world over as it is incredibly difficult to legislate against Internet services. When national citizens can access international websites – which are licensed by foreign jurisdictions – gambling becomes almost impossible to police effectively.

The Legal Landscape for Online Gambling

Different countries have taken a variety of different routes in an attempt to regulate the industry and maintain some form of control over the participation in gambling activities. Countries like the UK have embraced online gambling, with a licensing policy that allows authorised operators to offer services to UK residents. The Gambling (licensing and advertising) Act of 2014 requires that only licensed operators can advertise gambling services in the UK, and they are obliged to conform to the advertising codes of practice which relate to the form and the media in which they advertise their facilities and services.

Other countries, such as the USA, have taken the opposite path and attempted to prevent online gambling. While there is no specific law against individuals betting online, it is illegal for websites to accept bets over the internet, and it is illegal for banks and payment processors to facilitate transactions related to betting activity. The success of this legislation is questionable – in 2013 American gamblers were estimated to have contributed $3 billion to the global online gambling industry in 2013, which was worth $33 billion in total.

Australia has followed a similar route to some Scandinavian countries, by placing strict controls on the services that can be offered to Australian citizens and on the advertising of betting-related activities.

The Interactive Gambling Act of 2001 was introduced in April 2001, and the key points are as follows:

It’s important to differentiate here between standard and interactive gambling services. Most forms of gambling are legal in Australia, including sports betting, horse racing, pokie (slot) machines, and casinos. It’s perfectly legal to place bets with online bookmakers, as long as these are in advance of an event (such as a sporting event) rather than ‘in-play’. The act also rules out online slots, casino games like roulette and blackjack, and even instant-win scratchcards as these are all classed as forms of ‘interactive’ betting.

Those operators who aim to legitimately advertise their services in Australia are bound by the Australian Association of National Advertisers Code of Ethics (AANA), and the Advertising Standards Bureau (ASB) takes complaints about any form of gambling advertising, whether on television, online, in print or on social media. The ASB has considered a variety of complaints under the AANA code in the past, with one notable case involving cereal maker Kellogg in trouble over a TV advert which portrayed children taking part in a guessing game (a type of gambling?) over a lunchbox treat. Ultimately the complaint was dismissed, but it demonstrates the level at which advertising is scrutinised.

On a much more topical note, one complaint that has progressed to the courts involves Bet365’s advertising campaign for new players. The Australian Competition and Consumer Commission (ACCC) launched legal proceedings against three Bet365 companies last year in the Federal Court, accusing them of misleading customers into thinking they were entitled to $200 in bets without limitations or restrictions.

The ACCC has labelled these as “misleading representations” that breached consumer law as they were subject to conditions that were not prominently displayed. These conditions stipulate that a customer would only receive $200 in free bets after they had wagered $200 of their own money. In addition customers would have to gamble the value of their deposit and bonus three times over before being eligible to make a withdrawal. The ACCC stated that, “As a result, a consumer who made an initial deposit of $200 and received $200 in bets was required to then gamble $1200 before being able to withdraw any money”. The statement continued to say that, “To meet the free bet or deposit bonus terms and conditions, consumers were required to bet at odds of no less than 1.5, meaning they were required to bet on higher risk transactions”.

The notable aspect of this case is that this bonus offer (along with many similar offers from other gambling operators), is common in a host of other countries and jurisdictions without issue. The ACCC however, says it is seeking “declarations, injunctions, pecuniary penalties, corrective advertising, a compliance program and costs from Bet365” in relation to the case which began in March 2015.

It will be interesting to see the outcome, especially considering that Bet365 has accumulated losses of $117 in Australia in its first three years of operation in the country. The company has spent heavily on marketing and customer acquisition to try and wrestle a share of the market from established Australian betting operators, such as Tom Waterhouse and Luxbet, but says those results are in line with expectations, and that it is committed to the Australian market in the long-term.

Social Responsibility and Gambling in Australia

When it comes to gambling in Australia for individuals, there’s no denying the fact that it is one of the country’s most popular pastimes. It’s estimated that up to 80% of Australians take part in some form of gambling activity – the highest rate of gambling in the world.

Social responsibility was the guiding force behind the Interactive Gambling Act of 2001, in an effort to counter the country’s rising gambling problem. Estimates suggest that up to 160,000 people (1% of the population) have serious betting/addiction problems, which carries a social cost of more than $4.7 billion annually.

Operators need not necessarily be wary of entering the Australian market, which is clearly potentially very profitable, but in light of the situation with Bet365 they should seek expert advice on marketing and advertising campaigns to help navigate the legislation and avoid unnecessary legal ramifications.