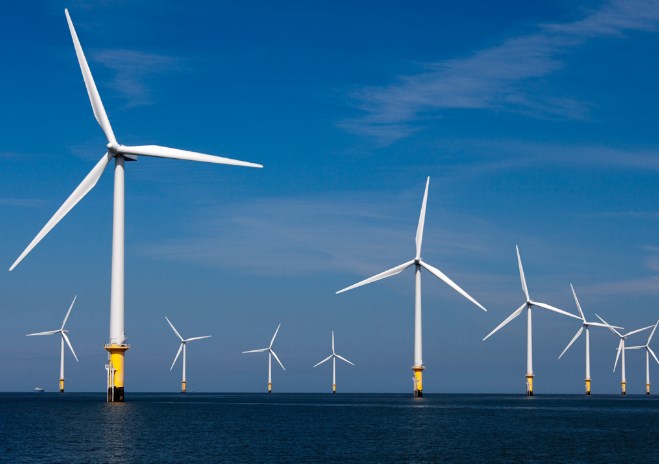 Could Offshore Wind Farms Be the Solution to Planning Objections?

Wind farms are becoming a more common sight in the UK, but building them can often lead to local objections, with residents of nearby homes often complaining that they are a blight on the land. However, renewable energy now has a higher potential capacity than fossil fuel, and generated more than half of the available energy in the world in 2015. With subsidies for onshore windfarms due to be cut, offshore windfarms could soon become a more common site, but can they overcome the usual negative press?

The UK leads the way in terms of offshore windfarms, hosting three of the world’s largest windfarms just off its shore. London Array, about 12 miles off the Kent coastline, is the largest, and the second is Gwynt y Môr, off the coast of North Wales. The latter has the capacity to power 400,000 homes each year, which saves about 1.7 million tonnes of carbon dioxide annually.

London Array alone has 175 turbines generating electricity, and two substations on an area that’s about 100 km square. This would be almost impossible to achieve on land due to planning restrictions, and local objections would have to be overcome before they could be built. Onshore windfarms often have just a handful of turbines, while building offshore allows for a much larger capacity, especially when built away from major shipping routes.

The challenges of offshore

The logistics of building offshore windfarms mean that the initial building costs can be higher. Specialist materials such as marine and offshore cables need to be used, and there are engineering challenges to overcome when building offshore.

Another factor that needs to be considered is the environment. London Array was due to be expanded in a planned phase 2, but concerns raised by the Royal Society for the Protection of Birds lead to plans being cancelled. Objections can also be raised by residents of coastal towns, who might be concerned about the natural beauty of the area, or construction noise, which is why many offshore farms are built miles from the coast.
Certain areas aren’t suitable for offshore wind farms, especially those in areas with a lot of shipping traffic. Therefore, the challenge is often finding the right location that’s going to have minimal disruption to the environment, be out of residents’ eyelines, and is remote enough to not cause issues, without causing access issues.

Offshore windfarms could be a much more common sight off our shores in future, although many of them can’t even be seen or heard from the coast. This could therefore provide a source of renewable energy for hundreds of thousands of homes, and reduce reliance on fossil fuels.