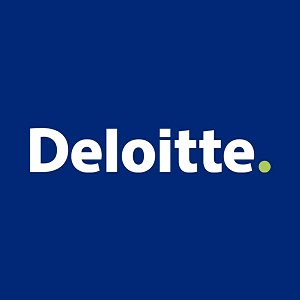 David Sproul, chief executive and senior partner of Deloitte, commented: “This is the fourth consecutive year in which revenue has increased, with the firm growing by more than 30% in this period, averaging growth of 6.9%.  This year saw the slowest growth of those four years, reflecting the uncertainty that has existed.

“Looking ahead, we expect that better economic conditions will result in significant improvements across our markets.  Growth has increased in the first quarter of the new financial year and we are seeing a renewed confidence and optimism in our clients to make investment decisions.  The global ambition of our clients and our people is creating opportunities for the firm to increase revenue internationally.  More than 200 of our partners and staff are currently on secondment overseas and we think this will become a bigger feature over the next year or more.  However, whilst we continue to make investments for the future, we do hold a concern that political uncertainty may dampen business activity later in the year.”

In the last financial year, Deloitte’s partners and employees collectively contributed £1.77bn in Value Added* toward UK GDP, approximately 0.1% of total GDP over this period**.  This is an increase of 4.8% on the previous year, almost twice the rate of growth of annualised GDP.  We made a significant contribution to tax revenue by directly paying £356m to the UK Exchequer, whilst collecting a further £511m on its behalf.

Job creation in London and the regions

Sproul added: “This has also been a year of investment: in our people and in a prosperous future for the firm and our clients.  We have promoted or recruited 72 new partners to the firm and have hired more than 3,500 employees including 1,500 at entry-level positions.

“In June, Chancellor George Osborne opened Deloitte Digital’s new offices in Clerkenwell.  This part of our business has grown significantly in the last two years and we expect it to double in size by the end of next year, as we help Britain’s leading businesses to develop technology software, products and digital services.  We have created 500 new positions in our digital business which will be filled before the end of 2015.

“A further 300 new positions have been created in our Belfast and Cardiff offices where this year we have opened an analytics and digital hub and a risk management centre respectively.  And through our Growth Escalator programme we have advised 34 CEOs, 23 of which are based outside London and the South East, as they develop international growth plans and make investment decisions.

Investing for the future prosperity of all

“In addition to developing the talents of our own people, we are committed to building the skills of Britain’s current and future business leaders.  Our next generation CFO programme provides participants with a unique insight into the role and requirements of CFOs and is highly regarded across the FTSE350.  This year, we extended the programme to include CIOs and next year we will go further, providing similar support to future Chief Procurement Officers.

“This year we launched Deloitte Access, a new skills and education programme with Teach First, supporting young people from disadvantaged backgrounds to access professional employment.  Working with 11 Teach First schools we are providing tailored support and mentoring to more than 1,000 students, as well as teachers and schools to help young people develop the skills needed to access the best possible opportunities after education.  This programme is integral to our wider recruitment plans.  It is essential that we attract people from a diversity of backgrounds and with different ways of thinking and this programme helps us do that.”