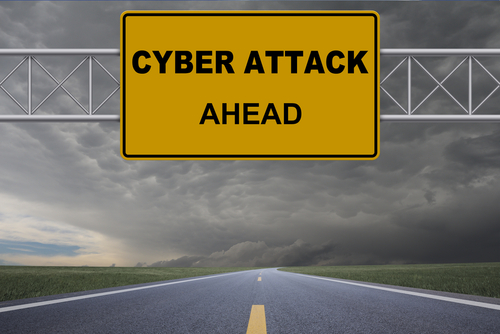 Detecting a Data Breach: Protecting Your Company from a Cyber Attack

What’s the hardest part of recovering from a corporate cyber attack? Detecting that one happened in the first place. A close look at a recent string of high-profile data intrusions reveals an alarming fact: several victimized companies went months, even years, without noticing they’d fallen prey to cyber criminals.

The credit card data of nearly 350,000 Neiman Marcus customers was stolen in the four month period between July and October of 2014. And it took nearly seven months before the nation’s largest arts and crafts chain, Michaels, notices that nearly 2.6 million credit card payments had been potentially exposed to prying eyes. And it wasn’t just corporations. That same year, New York’s Attorney General reported that the private records of over 22 million New Yorkers had been exposed over an eight year period. The bottom line is that if you don’t spot a cyber attack right away, it could be a long time before anyone notices.

This makes detection paramount for any organization's network security — from a local non-profit to a multi-billion dollar financial institution. Here are just a few ways to improve your chances of detecting a cyber attack when it occurs so you aren’t left in the dark for months or years to come.

What do a lot of high-profile cyber attacks had in common? A total lack of preparedness and forethought. It’s easy to say what your company is going to do the next time a cyber attack happens, but it’s even easier to have a plan already in place so it never happens again. Strong enterprise security requires three things: good monitoring practices, a clearly stated security policy, and hardline enforcement of that policy. These are vital to the initial detection of a security breach. The monitoring ensures that you’ll spot something out of ordinary, and the policy will let you know exactly what something out of the ordinary might look like. This three tiered system needs to be in place on day one, because on day two it might already be too late.

Give IT the Resources It Needs

The key to implementing a strong security protocol is having a properly managed IT department that can function as the eyes and ears of your network’s security infrastructure. When starting a company, it can be tempting to underestimate your IT needs as you focus on the day-to-day difficulties of getting a business up and running. But this is when you need network security the most. Establish an IT department that can refine your network as you refine your business. It’s most likely going to save the company a lot of stress — not to mention money — in the long run.

Here’s a secret: Most cyber attacks don’t start with a massive, all-hands-on-deck attack on a corporate network. In reality, most intrusions start with a single employee who went outside the bounds of your network's security policy and unintentionally gave access to a cyber criminal. This is why it’s so important not only to educate your employees about the importance of safe network practices but to take the steps to enforce those policies at all times. It only takes one link click or attachment download to introduce a completely undetectable Trojan horse of phishing malware to your entire network. And the proliferation of smartphones has only upped the chances that a single employee will unlock the door that leads to months of leaking data. It’s vital that employees know the difference between personal and professional network use, and that they keep them separate at all times. Your bottom line is counting on it.