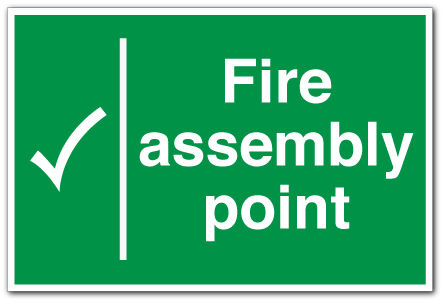 By Webb Ward
In the time it takes to light a match, your business could be burning to the ground. Indeed, it only takes a shirking of basic fire safety legislation to see your building entirely and pitilessly razed in a blaze of flames, ash, melting plastic and phosphor.

In 2012-13, fire and rescue authorities in Britain attended almost 200,000 fires, and more than one-third of these residences had no fire alarms installed.

Like an ostrich burying its head in the sand, homeowners and businesses so often ignore the threat of fire in the false insistence that it’ll never happen to me.

And yet, without protection, your workplace could be decimated in mere minutes. So what do you need to fight the flames?

Fortify those walls
Sitting in your office, it’s easy to ignore just how useless your walls will be against flames. And yet, that flimsy plasterboard could hold its own in a fight against fire about as well as some pre-warmed margarine.

The solution? Install a blast barrier within your walls and ceilings for fire resistance that can last up to four hours. Not only can this stop your walls from crumbling, but it will also isolate fire more effectively, stopping it from spreading until emergency services arrive.

Keep your workplace clear
Imagine it – you spot flames licking the walls and gaining traction, edging closer to you with every inch it engulfs. With a panicked step, you speed for the exit, tripping over boxes and files on your way. Your knee bangs against a table and, just as the flames are catching up with you, you dash through an exit to safety.

But not everyone will be so lucky. Without an uncluttered workspace, your chances of escape are vastly impeded. Not only is this a must for fire safety, it’s also a legal requirement under health and safety legislation, so make sure you’ve got it covered.

Get kitted up
In the world of fire safety, you have to be kitted out like a firefighting Arnold Schwarzenegger.

Fire blankets, alarms, extinguishers and sprinkler systems should all be implemented across your workplace if you want peace of mind. More than this, make sure that your employees have a comprehensive knowledge on how to use these pieces of equipment, and your business will be as safe as can be.