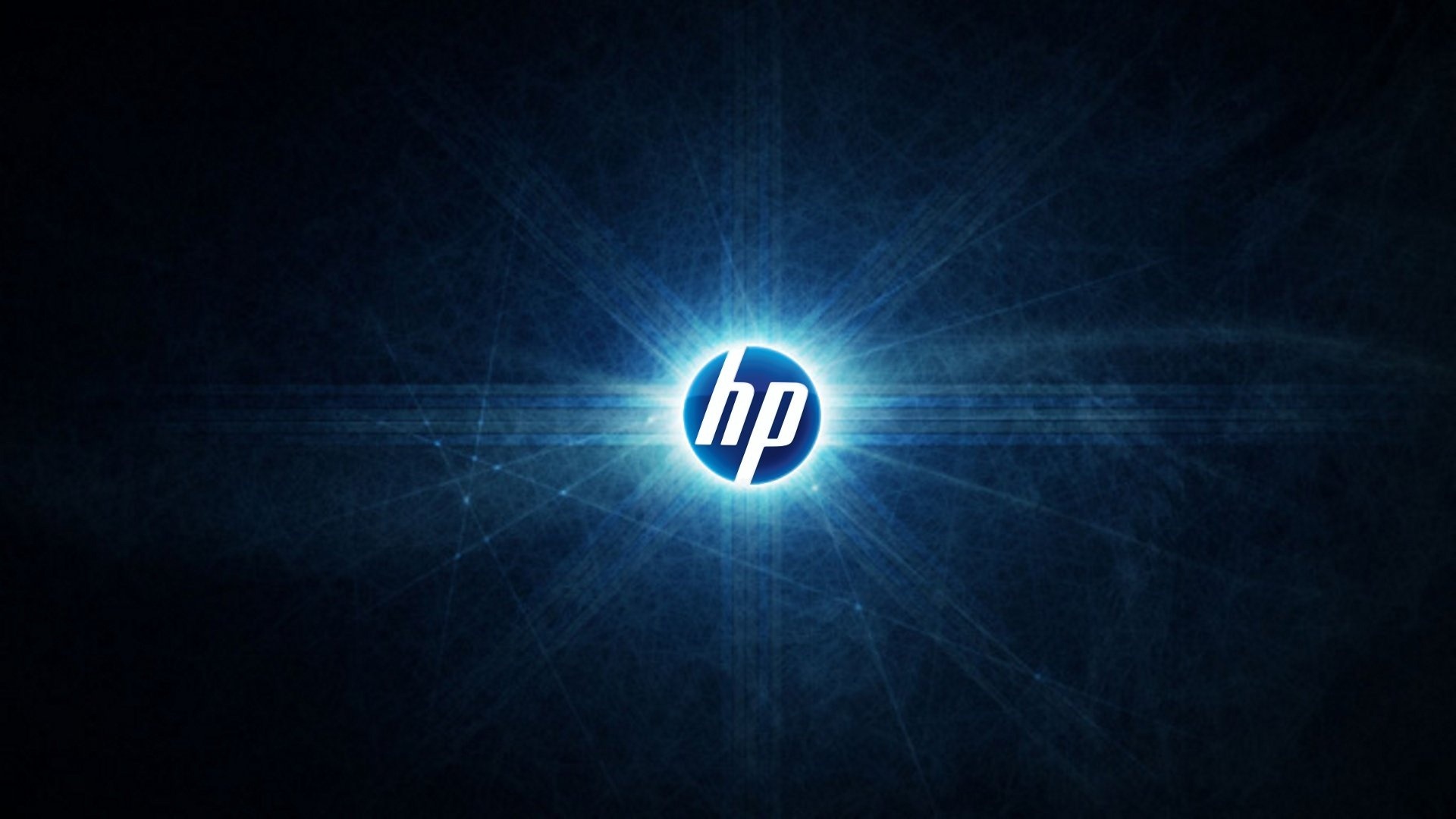 HP Subsidiaries in Poland and Mexico Also Admit Misconduct; HP to Pay More Than $100 Million in Criminal and Regulatory Penalties to the Department of Justice and the Sec

ZAO Hewlett-Packard A.O. (HP Russia), an international subsidiary of the California technology company Hewlett-Packard Company (HP Co.), has agreed to plead guilty to felony violations of the Foreign Corrupt Practices Act (FCPA) and admit its role in bribing Russian government officials to secure a large technology contract with the Office of the Prosecutor General of the Russian Federation.

A criminal information filed today in U.S. District Court for the Northern District of California charges HP Russia with conspiracy and substantive violations of the anti-bribery and accounting provisions of the FCPA.   In addition, the government is entering into criminal resolutions with HP subsidiaries in Poland and Mexico relating to contracts with Poland’s national police agency and Mexico’s state-owned petroleum company, respectively.   Pursuant to a deferred prosecution agreement, the department filed a criminal information charging Hewlett-Packard Polska, Sp. Z o.o. (HP Poland) with violating the accounting provisions of the FCPA.   Hewlett-Packard Mexico, S. de R.L. de C.V. (HP Mexico) has entered into a non-prosecution agreement with the government pursuant to which it will forfeit proceeds and admit and accept responsibility for its misconduct as set forth in the statement of facts.   In total, the three HP entities will pay $76,760,224 in criminal penalties and forfeiture.

In a related FCPA matter, the U.S. Securities and Exchange Commission (SEC) filed a proposed final judgment to which HP Co. consented.   Under the terms of the proposed final judgment, HP Co. agreed to pay $31,472,250 in disgorgement, prejudgment interest, and civil penalties, bringing the total amount of U.S. criminal and regulatory penalties paid by HP Co. and its subsidiaries (collectively, HP) to more than $108 million.

“Hewlett-Packard subsidiaries created a slush fund for bribe payments, set up an intricate web of shell companies and bank accounts to launder money, employed two sets of books to track bribe recipients, and used anonymous email accounts and prepaid mobile telephones to arrange covert meetings to hand over bags of cash,” said Deputy Assistant Attorney General Swartz.  “Even as the tradecraft of corruption becomes more sophisticated, the department is staying a step ahead of those who choose to violate our laws, thanks to the diligent efforts of U.S. prosecutors and agents and our colleagues at the SEC, as well as the tremendous cooperation of our law enforcement partners in Germany, Poland and Mexico.”

“The United States Attorney’s Office, working alongside our colleagues in the Criminal Division, will vigorously police any efforts by companies in our district to illegally sell products to foreign governments using bribes or kickbacks in violation of the FCPA,” said U.S. Attorney Haag. “Today’s resolution with HP reinforces the fact that there is no double standard: U.S. businesses must respect the same ethics and compliance standards whether they are selling products to foreign governments or to the United States government.”

“This case demonstrates the FBI's ability to successfully coordinate with our foreign law enforcement partners to investigate and bring to justice corporations that choose to do business through bribery and off-the-book dealings,” said Assistant Director in Charge Parlave.   “I want to thank the agents who worked on this case in Washington, New York and in our Legal Attaché offices in Mexico City, Moscow, Berlin and Warsaw as well as the prosecutors.  Their work ensures a level playing field for businesses seeking lucrative overseas government contracts.”

“This agreement is the result of untangling a global labyrinth of complex financial transactions used by HP to facilitate bribes to foreign officials,” said IRS-CI Chief Weber.  “IRS-CI has become a trusted leader in pursuit of corporations and executives who use hidden offshore assets and shell companies to circumvent the law.  CI is committed to maintaining fair competition, free of corrupt practices, through a potent synthesis of global teamwork and our dynamic financial investigative talents.”

According to court documents, in 1999, the Russian government announced a project to automate the computer and telecommunications infrastructure of its Office of the Prosecutor General of the Russian Federation (GPO).   Not only was that project itself worth more than $100 million, but HP Russia viewed it as the “golden key” that could unlock the door to another $100 to $150 million dollars in business with Russian government agencies.   To secure a contract for the first phase of project, ultimately valued at more than € 35 million, HP Russia executives and other employees structured the deal to create a secret slush fund totaling several million dollars, at least part of which was intended for bribes to Russian government officials.

As admitted in a statement of facts, HP Russia created excess profit margins for the slush fund through an elaborate buy-back deal structure, whereby (1) HP sold the computer hardware and other technology products called for under the contract to a Russian channel partner, (2) HP bought the same products back from an intermediary company at a nearly €8 million mark-up and paid the intermediary an additional €4.2 million for purported services, and (3) HP sold the same products to the GPO at the increased price.   The payments to the intermediary were then largely transferred through a cascading series of shell companies – some of which were directly associated with government officials – registered in the United States, United Kingdom, British Virgin Islands and Belize.   Much of these payments from the intermediary were laundered through off-shore bank accounts in Switzerland, Lithuania, Latvia and Austria.   Portions of the funds were spent on travel, cars, jewelry, clothing, expensive watches, swimming pool technology, furniture, household appliances and other luxury goods.   To keep track of these corrupt payments, the conspirators inside HP Russia kept two sets of books: secret spreadsheets that detailed the categories of recipients of the corrupt funds and sanitized versions that hid the corrupt payments from others outside of HP Russia.   They also entered into off-the-books side agreements.   As one example, an HP Russia executive executed a letter agreement to pay €2.8 million in purported “commission” fees to a U.K.-registered shell company, which was linked to a director of the Russian government agency responsible for managing the GPO project.   HP Russia never disclosed the existence of the agreement to internal or external auditors or management outside of HP Russia and conducted no due diligence of the shell company.

According to an agreed statement of facts, in Poland, from 2006 through at least 2010, HP Poland falsified HP books and records and circumvented HP internal controls to execute and conceal a scheme to corruptly secure and maintain millions of dollars in technology contracts with the Komenda G³ówna Policji (KGP), the Polish National Police agency.   HP Poland made corrupt payments totaling more than $600,000 in the form of cash bribes and gifts, travel and entertainment to the KGP’s Director of Information and Communications Technology.   Among other things, HP Poland gave the government official bags filled with hundreds of thousands of dollars of cash, provided the official with HP desktop and laptop computers, mobile devices and other products and took the official on a leisure trip to Las Vegas, which included drinks, dining, entertainment and a private tour flight over the Grand Canyon.   To covertly communicate with the official about the corrupt scheme, an HP Poland executive used anonymous email accounts, prepaid mobile telephones and other methods meant to evade detection.

In Mexico, according to the non-prosecution agreement, HP Mexico falsified corporate books and records and circumvented HP internal controls in connection with contracts to sell hardware, software, and licenses to Mexico’s state-owned petroleum company, Petroleos Mexicanos (Pemex).   To secure the contracts, HP Mexico understood that it had to retain a certain third-party consultant with close ties to senior executives of Pemex.   HP agreed to pay a $1.41 million “commission” to the consultant and hid the payments by inserting into the deal structure another third party, which had been approved by HP as a channel partner.   HP Mexico made the commission payment to the channel partner, which in turn forwarded the payments to the consultant.  Shortly thereafter, the consultant paid one of the Pemex officials approximately $125,000.

The case is being investigated by the FBI’s Washington Field Office with assistance from the FBI’s New York City Field Office and FBI Legal Attache offices in Mexico City, Moscow, Berlin and Warsaw, and the IRS-CI’s Oakland Field Office.  The case is being prosecuted by Trial Attorneys Ryan Rohlfsen and Jason Linder of the Criminal Division’s Fraud Section, and Assistant U.S. Attorney Adam Reeves of the Northern District of California.  The Criminal Division’s Office of International Affairs also provided significant assistance in this matter.

The Justice Department expresses its deep appreciation for the significant assistance provided by the SEC’s Division of Enforcement, the Polish Anti-Corruption Bureau (CBA), the Polish Appellate Prosecutor’s Office, the Public Prosecutor’s Office in Dresden, Germany, and also acknowledges the contribution of our law enforcement partners in other countries involved in this matter.