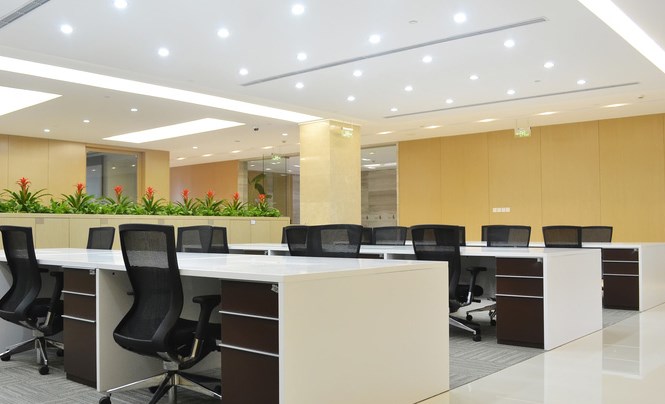 You and your office can make a huge difference and benefit the environment by changing just one, simple thing in the office: your lights. Fluorescent lights are incredibly damaging to the environment. They’re toxic; they require an excessive amount of energy to work and are massively overproduced. The sooner you replace your fluorescent lights with LEDs the sooner you  start saving money and saving the environment. Here are only a few reasons why you should replace your overhead office lights with led light panels.

Florescent strip lights – the most common lights used in offices – contain mercury. When these bulbs reach the end of their life and aren’t disposed of properly they can contaminate the environment, which is why there’s a very specific procedure used to dispose of florescent lights. Replacing florescent lights with LEDs can significantly reduce the amount of toxic waste that comes as a result of florescent lights that have been disposed of improperly. LED lights also require less time and money to be disposed of because they are much safer.

By installing lights that have a longer life span you reduce the amount of waste your office produces and save money that comes from buying new light bulbs. LEDs are also better for the environment because they’re not manufactured in excess. Because they last longer and less are produced, the cost of manufacturing, packaging and transporting them costs a lot less that fluorescent lights and also has less of a negative effect on the environment.

You don’t need many to light an office

Because LED lights are more energy efficient you don’t need nearly as many of them to produce the same amount of light as your fluorescent lights. Because most of their energy goes into producing light rather than heat they don’t require as much energy while, at the same time, producing more light. You would not only be saving energy and the environment; you would be saving money on electricity and the amount of lights you need to buy or replace.

LED lights are more beneficial that fluorescent lights in practically every aspect. If you were to install them in your office you would save your company money as well as be saving the environment. There’s no reason why you shouldn’t make the change today.