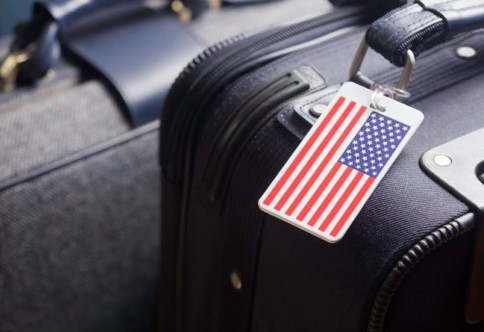 Most Beautiful Places to Live in the United States

Many people dream of quitting their job and moving overseas — the internet is full of photos of beautiful foreign destinations that instill a sense of longing in most America. But what people often overlook is the beautiful scenery right here in the United States. This article highlights the top 5 most beautiful places to live in the United States — you may find some of them surprising!

Beautiful scenery may not be the first thing that comes to mind when you hear the word Tennessee. The landlocked state is most famous for its influence in the country music scene. But Tennessee is also home to some of the most scenic forests and waterfalls in the United States. The region’s geography varies drastically, many people think the entire region is flat, rolling plains. But Tennessee is actually home to the Appalachian Mountains, one of the most beautiful mountain ranges in the nation. There’s a reason Nashville, the state’s capital, is one of the fastest growing cities in the United States. If you’re interested in a move to this beautiful Southeastern state, check out these wonderful Tennessee homes for sale.

Hawaii would make it on anyone’s list of top destinations. Although not adjoined to mainland USA, the beautiful collection of islands in the Pacific Ocean embodies the word paradise. There are eight main islands in Hawaii, but the state is actually composed of hundreds of tiny islands within the region. The most densely populated of the islands is Oahu, home to Hawaii’s largest city - Honolulu. Residents of Hawaii largely live on the islands of Oahu and Maui. Much of Hawaii is preserved by strict building codes that prevent developers from building high-density living quarters in certain parts of the island. This means that Hawaii has been able to avoid becoming too touristy; many parts of the island feel completely preserved from tourist influence. Trust us when we say there are plenty of reasons Mark Zuckerberg and multiple other billionaires recently bought homes on the Hawaiian island of Kauai.

The state of Colorado has something for almost anyone. The mountainous terrain provides some of the best skiing in the world, but the Mid-Western state is also home to Denver — one of America’s most popular cities. If you’re a resident of Colorado you also have access to reduced cost season passes for the region’s most popular ski resorts. You can ski as often as you like for the same price tourists would have to pay for just a few days! The state is also home to some of the United States’ most popular hiking trails. If you’re an outdoorsman with a keen sense of adventure, Colorado might be the perfect place for you!

Nantucket is a relatively small island off the coast of Massachusetts, and it is the most expensive destination on our list. Despite its popularity within certain circles, Nantucket isn’t a household name in the United States. The island is home to beautiful oceans, and a range of leisure activities including world class golfing, fishing, and boating. While the permanent population of the island is only around 10,000, this number increases by nearly 50,000 during summer months. Although it is considered a popular holiday destination for wealthy North Easterners, Nantucket is home to many full-time residents who make the most of the island during winter.

Montana is one of our nation’s largest states, but it’s also one of the least populated. The area isn’t on many people’s radar because of how sparsely populated it is, but for those who know the region, its beauty is undeniable. Montana is home to many national parks, including parts of world-famous Yellowstone National Park. The area is known for its rugged terrain and well-preserved wildlife; Bison still roam freely throughout the many nature reserves within the state. Montana also borders Canada, which makes accessing some of the continent’s best skiing relatively easily for residents. Property in the area is also extremely cheap — Montana is the ideal location for a family who wants plenty of land to build on!

If you’re looking for a change in scenery, make sure to check out some of the beautiful places in your own backyard before you look overseas. Moving abroad can be a costly endeavor, and there’s no guarantee you'd be able to get a visa to live in your dream international destination. Almost every state in the United States has undiscovered gems and affordable property, if you’re serious about a move there’s an abundance of information online!