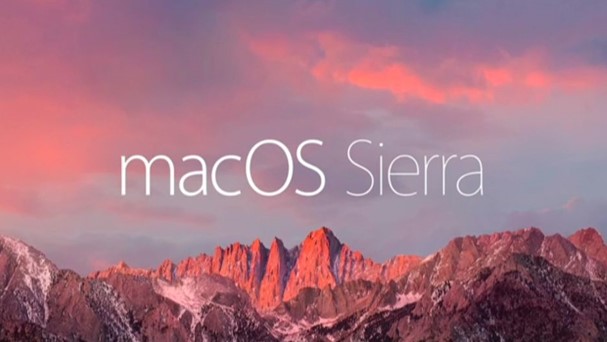 The end of March didn’t just herald the beginning of spring. It also saw the release of the fourth major update to Sierra. As of March 27th, Mac users who own laptops from 2012 and onwards can get Sierra 10.12.4 from the Mac App Store. While the upgrades included in the switch are relatively minor bug fixes, you can expect changes to Night Shift, Siri, and the Touch Bar that will make for a more pleasing experience — if not a thrilling change to your laptop.

This particular might not be impressive unless you’re a fan of cricket, particularly that of the Indian Premier League. Siri can now offer up the latest cricket scores, schedules, and statistics from the IPL as well as the International Cricket Council.

TouchBar Transformation Hints at the Future

Whether you love it or hate it, the infamous Touch Bar is here to stay. The latest update brings with it tweaks to the touch-sensitive OLED strip that has replaced the function buttons, improving its processes as a toolbar and visual tab picker in Safari. The update should also correct issues with right-to-left language support.
What’s interesting about this particular upgrade is that the code used in macOS 10.12.4 suggest that Apple’ paving the wave for new Kaby Lake processors in the Pro Retains expected in 2018, confirming many rumors surrounding the newest MacBooks. Kaby Lake, which uses 14 nanometer manufacturing process technology should operate at even faster speeds than the current Skylake Intel Core CPUs.

Night owls will appreciate the fine-tuning Night Shift received in this latest update. First introduced to the macOS in 2016, it has since become a common feature offered by many in-browser apps and other operating systems. Night Shift, like its contemporaries,synchs its process to the sun and alters the vibrancy and coloring of your screen according to where the sun is in the sky. When the sun sets, Night Shift automatically alters the screen from its usual harsh, blue-lit display to a softer, warmer display.  This helps alleviate the effects of staring at a screen late at night, so your late-night YouTube binge is less likely to disrupt your sleep. That is, if you manage to put the Mac away at bedtime.

Admittedly, the changes to Siri, the Touch Bar, and Night Shift aren’t too exciting, but the fourth Sierra includes many updates to issues regarding to security and rendering. Mac owners are suggested to update even if they couldn’t care less about cricket because Sierra 10.12.4 increases the compatibility and safety of your computer.

If you’re looking for more exciting opportunities for your laptop, you’ll have to look elsewhere — like a customized decal from the makers at dbrand. As the boss of vinyl, their designers have created an impressive selection of MacBook decals that can help breathe new life to an old laptop. The MacBook wraps at dbrand come in a variety of finishes like marble, zebra wood, and carbon fiber, so you can create a unique look to off-set the boring Sierra upgrade.

Boring though it may be, it’s an important development you shouldn’t ignore — if not for the Touch Bar integration than the patch work it does to fix previous bugs. Head to the Mac store and take the plunge. Remember, you can always spring for a new carbon fiber MacBook wrap if you need something more exciting for your laptop. Combined with the color-shifting display of Night Shift, it should be enough to keep things interesting until the latest Pro Retina is released.