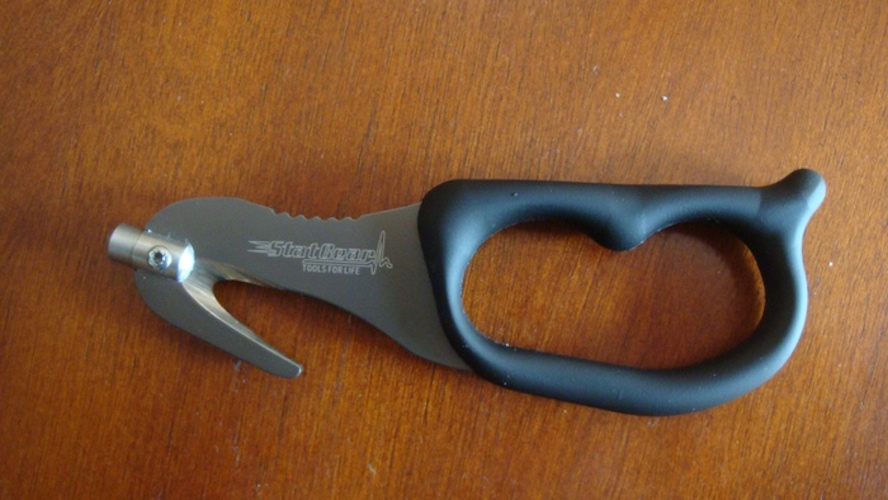 For the past 15 years, there has been an average of over 10 million car accidents per year in the U.S. alone (U.S. Census Bureau 2012). Of course, not every accident is severe and thank goodness most are minor fender benders BUT there are quite a few where the car occupants can get stuck in their cars due to cabin intrusion, which can obstruct the seatbelt release button or occupant injury.

One may be lucky enough to avoid being in any serious accidents in their lifetime but may still be "lucky" enough to come upon an auto accident involving others where they may have to make the decision whether or not they can lend a helping hand. Thanks to the developer of a new auto escape tool called the SuperVizor, people around the world will have this lifesaving product readily available assuming their crowdfunding campaign is successful. The SuperVizor is currently available for funding on Kickstarter and if successfully funded, StatGear's President and NY City Paramedic, Avi Goldstein promises to have the finished product ready for delivery in time for them to be used for Father's Day gifts.

"Our new patent-pending SuperVizor is not a cheap plastic product which could break when you need it most but is rather a solid piece of 440 stainless steel with a super sharp hook blade used for cutting a seatbelt and has an attached carbide tip window punch. The greatest part of this new product is that it comes with a heavy duty, yet low profile sheath which attaches to any sun visor of a car keeping it readily available," said Goldstein. "We're doing a lot of the work now so that if we get this funded, we can get them into as many hands as possible as soon as possible."

News reports surfaced on February 19, 2015 that a woman accidentally drove into a lake and started sinking. A nearby reporter was taking photographs of the event but ditched the camera to assist in the lifesaving efforts when he saw that police were unable to free the trapped woman by using their batons to hit the rear window. The reporter picked up a large rock and was able to smash it through the rear window thus freeing her with only seconds to spare.